In this article, we will learn what OpenStack is, followed by a hands-on session where we install MicroStack in our local development environment and explore some basic features of MicroStack.

Due to the nature of OpenStack, this hands-on session has non-trivial system requirements on top of knowledge and skill requirements.

It is assumed that you:

It is assumed that your local development desktop or laptop:

In particular, if your desktop / laptop does not satisfy the last requirement (e.g. if you are running Windows or macOS), it should contain enough hardware resources to run a VM satisfying the requirements above, with hardware acceleration and nested virtualization enabled, so that you can run VMs inside that VM. Either way, YMMV.

Another possible solution if you do not meet the system requirements is to provision a bare metal instance on a public cloud such as AWS, Azure or GCP. For example, AWS offers a range of bare metal instances powered by AWS Nitro. However, do note that bare metal pricing is orders of magnitude greater than most other instance types, ranging from USD $4.00 per hour upwards. If you're ready to spend hundreds of dollars on a simple tutorial like this one, by all means, go ahead, so long as you are fully aware that you are solely responsible for any and all monetary costs incurred ;-)

With the prerequisites addressed, let's get started!

The official OpenStack website describes the project as "a cloud operating system that controls large pools of compute, storage, and networking resources throughout a datacenter, all managed and provisioned through APIs with common authentication mechanisms". Simply put, it is an open source platform designed to function as a private (or public) cloud. Typically, OpenStack would be deployed on a fleet of production-grade servers in a datacenter (or datacenters), though in this article we'll see how we can set up our own single-node micro cloud with MicroStack, a beta offering (at the time of writing) by Canonical, the company behind one of the most successful Linux distributions ever - Ubuntu. 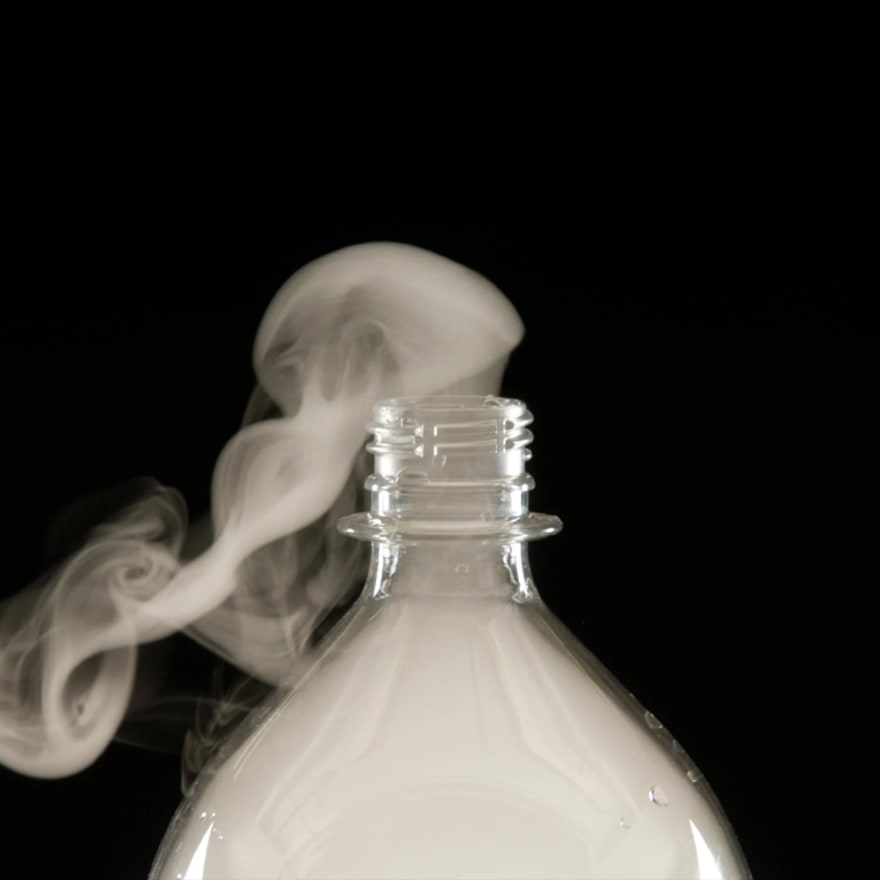 Figure: Our own (micro) cloud in a desktop / laptop. How cool is that? Credits to Steve Spangler Science for the image

OpenStack is a project under the Open Infrastructure Foundation, a non-profit organization founded for this purpose, though it has expanded to house related open source projects such as Airship and Kata Containers as well. OpenStack is licensed under the open source Apache 2.0 license and its source code can be found on GitHub or through the official website.

OpenStack is comprised of a collection of components known as services that can be selectively deployed to provide APIs to access various types of infrastructure resources, which you can learn about through the official website. For this reason, among others, deploying OpenStack is not a trivial task.

MicroStack is Canonical's distribution of OpenStack made simple and accessible, similar to how Ubuntu is a distribution of Linux made simple and accessible to the average user (also offered by Canonical). In a moment, we'll see how installing MicroStack is as simple as running a single snap install command, and initializing it for use is equally simple as well, also requiring a single command. No wonder the project describes itself as follows:

The most straightforward OpenStack ever.

Apart from being a great introduction to OpenStack, MicroStack can also be used for:

For a larger number of nodes such as would be found in a typical datacenter, other distributions such as Charmed OpenStack (also offered by Canonical) or Red Hat OpenStack Platform (RHOP) may be more suitable, many of which are bundled with commercial support.

Reference: Get started with MicroStack

First ensure snapd is installed on your system. If you're on a sufficiently recent version of Ubuntu, snapd is already installed by default and you do not have to do anything. Otherwise, you may have refer to the link above and follow the instructions specific to your distribution.

MicroStack is currently in beta. Install it from the beta channel in devmode:

Once that completes, initialize it:

This may take about 20 minutes or more to complete, depending on your hardware specs. On my MacBook Air from 2013 with 4 GiB of RAM and 2 CPU cores (4 CPU threads), it took about 45 minutes and running the above command twice before it successfully executed to completion.

Once complete, you should see the following line at the end:

Now let's launch our first instance. Here, we use the CirrOS image, a minimal Linux distribution specifically designed as a test image for use in OpenStack. We'll call the instance test:

Addendum: the name "CirrOS" is likely inspired by cirrus clouds which are thin and wispy in appearance.

From the command output depicted above, we see that an SSH key pair was automatically generated for accessing this instance, and the instance IP is 10.20.20.118 in my case (yours may differ). Now connect to this instance using the provided SSH private key, replacing the private key path and instance IP as appropriate:

Now explore the instance with a few commands (feel free to try out your own):

Nice. So we see from uname -a that the CirrOS image was likely derived from Ubuntu in some way.

We learn from the official MicroStack tutorial that microstack launch is a wrapper for openstack server create.

This prints out a table, which could be difficult to read if your terminal width is small.

And check the instance state again:

Try SSHing into the instance again to confirm it is back up:

After you're done exploring, terminate the instance:

Confirm that the instance has been terminated:

Great. Now that we've seen some basic commands for dealing with instances, let's go a bit deeper and explore some other common features.

If you've dealt with Amazon EC2 before (or a comparable public cloud IaaS provider), you've probably realized by now that OpenStack flavors are analogous to EC2 instance types (or equivalent). Basically, they define the amounts of various hardware resources (compute, network, storage) allocated to an instance, most notably the number of virtual CPU cores and memory. The main difference between EC2 instance types and OpenStack flavors is that the former is predetermined by the public cloud provider, but the latter can be managed by you (subject to the hardware resources available) since you own the cloud ;-)

Let's dive in with some simple commands. Print a help message:

So here we see we have 5 flavors by default:

Not bad for a micro-cloud. The thing is, my development laptop only has 4 GiB of RAM so m1.small would already be stretching the limits of my physical hardware and anything m1.medium and above would be out of the question. So let's remove some flavors that we won't be able to use anyway:

Confirm that they have been deleted:

Here we see a few more properties being printed such as the amount of swap space for that flavor and whether the flavor is publicly accessible.

I've also just realized that 512 MiB of RAM seems a bit small for proper Ubuntu images that I would like to import and boot later, but 2 GiB of RAM would be a tad too large. What if I could create instances with 1 GiB of RAM? Simple - since I own this cloud, I can just define my own flavor!

This creates a new flavor m1.mini with 1 vCPU core, 1 GiB of RAM and 20 GiB of storage.

Confirm the new flavor is created:

View details on this new flavor:

In fact, we've already covered 4 out of 6 (at the time of writing) commands for managing flavors - the remaining two are set and unset which deals with modifying details of existing flavors.

Now let's look at another service - the image service.

An image is a template from which an instance is launched. Let's see what operations on images are available:

There is only one by default, cirros. View details:

Our cloud isn't much use if we can only launch CirrOS instances, which are minimal and only suitable for demo and testing purposes. What if we could import an image for a more popular, practical distribution such as Ubuntu? Fortunately, we can do so with the openstack image create command:

Take a moment to skim through the help info. In particular, we see that we can pass a --file <FILE> option to create a new image from a local disk file.

Confirm it is created:

Let's try to boot an instance from our new image with our newly created m1.mini flavor:

SSH into it as usual. Now poke around the instance (feel free to try out your own commands):

Exit the session when done.

Now that we have a known working Ubuntu image, we probably won't use CirrOS anymore. Delete the image and confirm the deletion:

You should now only have the ubuntu-focal image left.

Before we conclude our tour of OpenStack, let's look at one more feature: snapshots. Snapshots record the state of an instance at a particular time, so that we can revert to that state later on (if something goes wrong, for example). In fact, as far as OpenStack is concerned, a snapshot is just an image.

SSH into our my-mini-ubuntu instance and run the following commands within our instance:

This installs my personal website (shameless promotion here :-P). Check that it is up and running:

Now see that it has been added to our list of images, along with ubuntu-focal:

If the status of your snapshot is saving as shown above, wait a few seconds and query the image list again until the status changes to active.

At this point, if your laptop is resource-constrained like mine (with only 4 GiB of RAM!), you may wish to first terminate your existing my-mini-ubuntu instance, as we will be launching another instance shortly:

Now launch a new instance my-personal-website from the donaldsebleung-com snapshot:

SSH into the instance. If everything is working as expected, the web server should already be up and running:

Reference: OpenStack in a snap!

If you won't be using MicroStack again in a short while but would like to keep it around for future exploration, disabling the snap could be an option:

Then, whenever you need MicroStack again, you can re-enable it with:

Alternatively, if you might not use MicroStack again for quite a while and would like to free up disk space (like I do), removing it with the usual snap remove is an option:

Of course, this is just the tip of the iceberg. Some things we haven't had the time to look at in this tutorial:

By the way, the compute and image services that we explored are known as Nova and Glance respectively. At the time of writing, MicroStack only comes with these 5 core services, with many additional services left out. This means if you get the chance to try out a proper production-grade OpenStack distribution, you might have the chance to work with other services not available through MicroStack:

Finally, here are some extra resources for your interest:

I hope you enjoyed this article ;-)

Introducing the architecture & Deploying the public side

Fully AWS Certified - The 5 Most Common Questions I Received

Donald Sebastian Leung
I perform IT troubleshooting and consulting duties at work, though deep down I am a cloud, virtualization and open source enthusiast.
Introduction to Kubernetes with Amazon EKS
#kubernetes #aws #cloud #containers