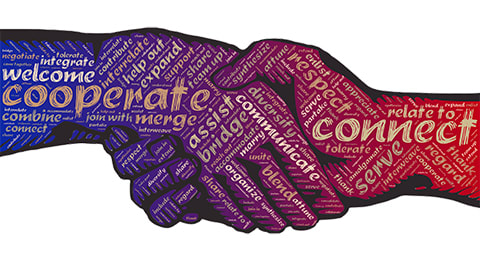 Apache DolphinScheduler (hereinafter referred to as DS) is a distributed and easily scalable visual DAG workflow task scheduling system, dedicated to solving the intricate dependencies in the data processing, thus making it be used out of the box in the data processing. The top open source project, similar to other open-source projects, runs and installs from a script.

The scripts are all located in the script folder in the root directory and are executed in the following order:

As shown in the picture below: the execution of dolphinscheduler-daemon.sh start master-server will go to the master module’s src/main/bin and execute start.sh. After opening start.sh, you can find that a MasterServer is started. And the other Worker, Alert and API modules are started as the same.

This is the end of the scripting process, and we will now describe the main purpose of the four modules: Master is responsible for DAG task slicing, task submission monitoring, and listening to the health status of other Masters and Workers; Worker is responsible for task execution; Alert aims to the alert service; API works for the business logic of DS, i.e. project management, resource management, security management, etc. as seen on the web.

Master and Worker are started through SpringBoot, and the objects created are also hosted by Spring, if you use Spring regularly, I think you will understand DS much easier than other open-source projects.

Know more about the warning module, please refer to the link below or consult other community members.

The official website of the Apache DolphinScheduler project can be found at: https://github.com/apache/dolphinscheduler

In the next chapter, I will introduce the two most important modules of DS, Master, and Worker, and how they communicate with each other, stay tuned!

There are many ways to participate and contribute to the DolphinScheduler community, including:

We assume the first PR (document, code) to contribute to be simple and should be used to familiarize yourself with the submission process and community collaboration style.

So the community has compiled the following list of issues suitable for novices: https://github.com/apache/dolphinscheduler/issues/5689

How to participate in the contribution: https://dolphinscheduler.apache.org/en-us/community/development/contribute.html

Your Star for the project is important, don’t hesitate to lighten a Star for Apache DolphinScheduler ❤️

Why the .current in useRef variables?

Once suspended, dolphinschedule will not be able to comment or publish posts until their suspension is removed.

Once unsuspended, dolphinschedule will be able to comment and publish posts again.

Once unpublished, all posts by dolphinschedule will become hidden and only accessible to themselves.

If dolphinschedule is not suspended, they can still re-publish their posts from their dashboard.