8:35 AM: hearing an odd noise from outside
8:37 AM: confirmed noise coming from passenger-side front of the car
8:45 AM: back at home; examination of driver side front wheel shows nothing out of the ordinary
8:55 AM: pulled over in a lot and more thoroughly examined passenger side tire, wheel, and surrounding area to confirm nothing is rubbing or dragging
9:02 AM: ignoring noise not fruitful; imagining wife at my funeral, wishing I had discovered the hole in the fuel tank before mustache-twirling bad guy dropped a match on the trail of fuel I was leaving behind
9:07 AM: confirmed fuel tank intact; found a small tree branch under the driver side of the car instead 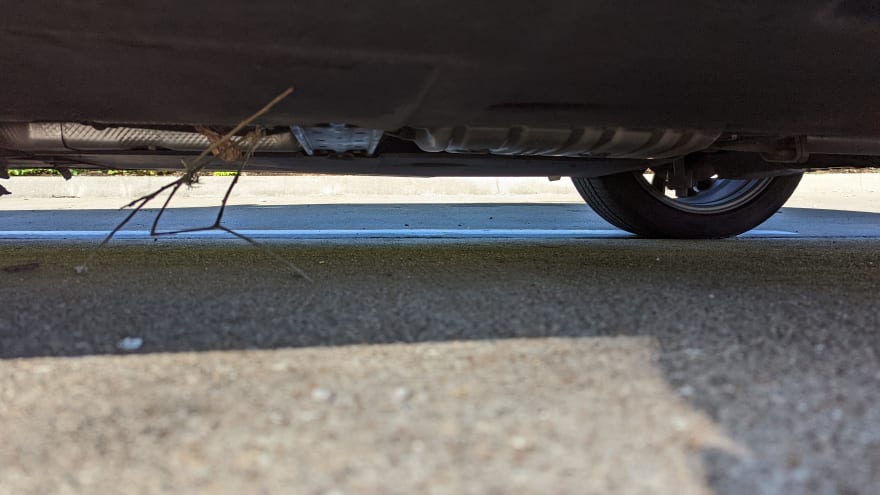 If the wheel was grinding against something, the noise would have gotten louder when I opened the passenger-side window, or there might have been some vibration as the car moved, or may have felt resistance as I tried to steer. But I was convinced that my initial assumption was correct, so I ignored the lack of evidence and missed the obvious problem just a few feet to the left.

I stopped and looked under the car twice, but because I was convinced that it could only be an issue on the passenger side front, I did not notice the obvious issue, just a few feet to the left.

The cabin is sealed for a quieter ride, except for the cabin air filter, which is in the glove box on the passenger side.

Dhwanit Shah
Developer software inside manager hardware. Unevenly split between madness and method. Fan of lowering hanging fruit.
What are the coolest uses of AI you've seen in the last couple of weeks?
#discuss #ai
You're running an online conference but get called out for having an all-male speaker lineup 2 days prior. Yo, What do you do?
#discuss #serverless #aws
I passed the CPACC exam
#a11y #career #certificate

Once suspended, dhwanitshah will not be able to comment or publish posts until their suspension is removed.

Once unsuspended, dhwanitshah will be able to comment and publish posts again.

Once unpublished, all posts by dhwanitshah will become hidden and only accessible to themselves.

If dhwanitshah is not suspended, they can still re-publish their posts from their dashboard.

Once unpublished, this post will become invisible to the public and only accessible to Dhwanit Shah.

Thanks for keeping DEV Community 👩‍💻👨‍💻 safe. Here is what you can do to flag dhwanitshah:

Unflagging dhwanitshah will restore default visibility to their posts.