Industrial applications (such as manufacturing and construction) for AR/VR are much less popular for both groups, but a larger proportion of developers are creating products in this category than non-developers. As AR and VR mature and stabilise, commercial applications will become more viable and we will see further innovations in industrial areas from developers and non-developers alike, but the pull of building entertainment apps will still be strong. 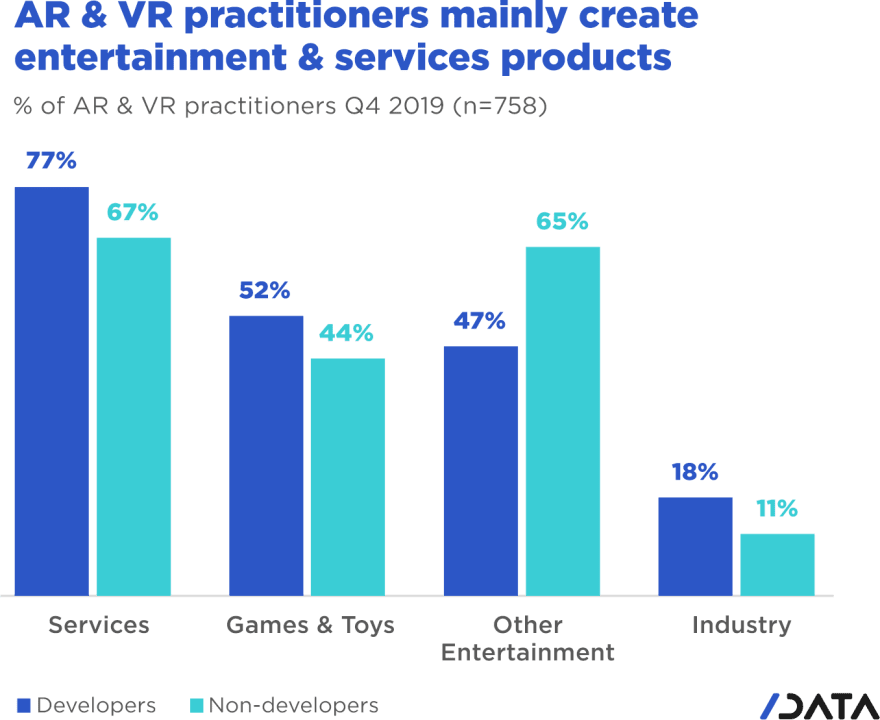 Our State of the AR/VR survey is live. Spend less than 10 minutes and shape the future of Augmented and Virtual Reality. We have some awesome prizes up for grabs - an Oculus Quest, iPhone 11, VR Ninjas mat, and licenses to be used with Vuforia, Sketchfab and OctaneRender Studio.

How can I make my Jar file executable on all computers?

Developer Nation
Our mission is to champion a global collective of software creators who are confident in their technology choices and feel included in the conversation about the future of the ecosystem.
AR Engines, tools and SDKs
#arvr #ar #engine #resources
[SERIES] Did you know? 22% of AR/VR non-developers are learning to code
#ar #programminglanguages #beginners #nocode
[SERIES] Did you know? Almost as many AR & VR developers use 3D animation software as use IDEs
#ides #ar #vr #gamedev