After waiting some time, today I was invited to try out Github copilots' visual studio code extension.

After using it some time, I personally feel that it is a next step in the coding .

Simple commands are suggested right away

There are some very practical suggestions as well (they are trivial , but I google them all the time still)

One other thing I noticed is that, sometimes, when it comes to libraries, it suggests code from old versions.

For example, in the image bellow it tries to draw scatterplot using d3 v3 (v4 was released in Jun 2016 ) and latest version is d3 v7 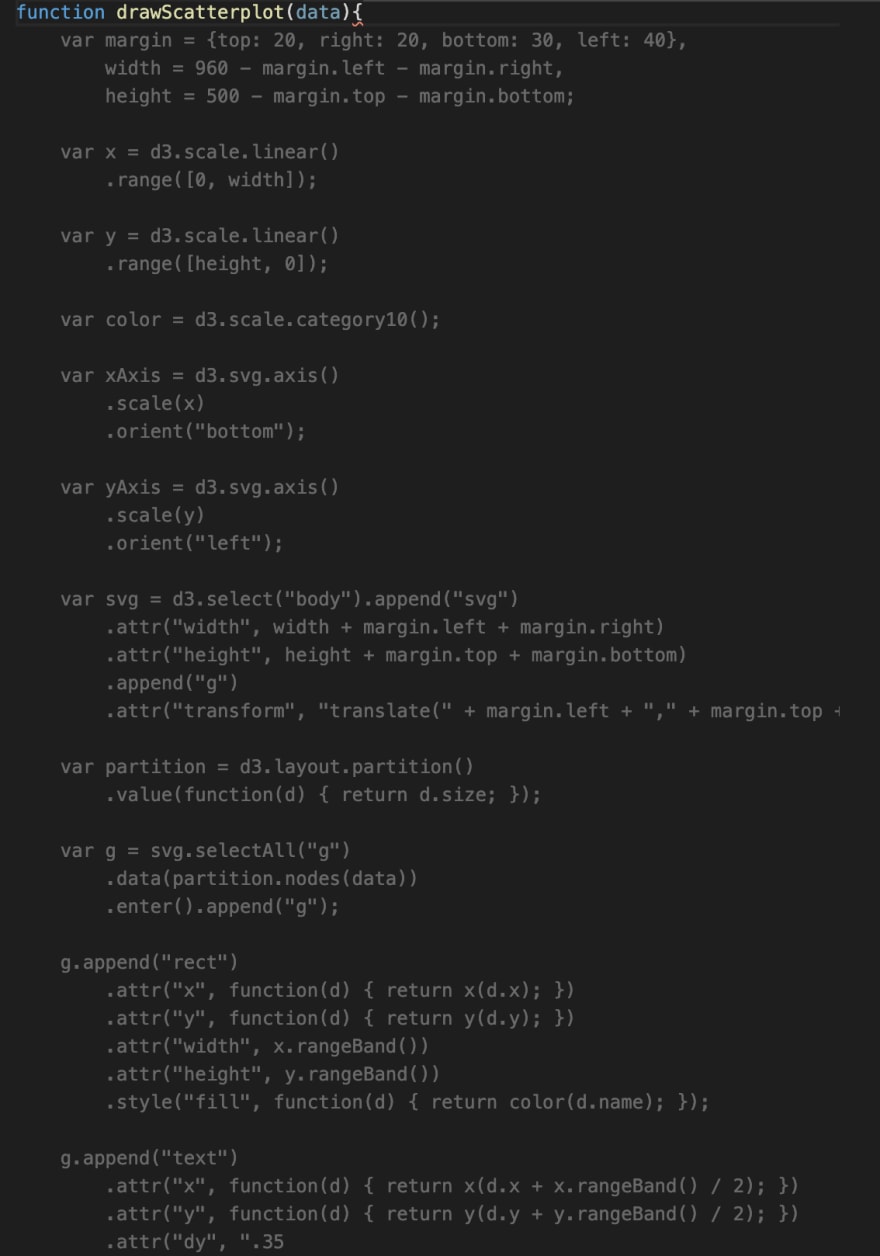 Aside from the issues mentioned above, I personally think that this is a next step in the AI assisted programming and can't wait to see how it will progress.

If you are eager to try it out, but you are still in waitlist , just comment your uncompleted code piece bellow and I will try respond with copilot suggested snippets.

React Native APP That will run on TFlite Model

David B.
Data viz engineer
ChatGPT: The Surprising Teacher of a +25 Year Senior Programmer
#beginners #programming #openai #ai
What was your win this week?
#discuss #weeklyretro
5 Life-Changing Lessons I Learned From Being Laid Off That Will Put You Ahead Of 97% Of People
#beginners #productivity #motivation #codenewbie

Once suspended, dbumbeishvili will not be able to comment or publish posts until their suspension is removed.

Once unsuspended, dbumbeishvili will be able to comment and publish posts again.

Once unpublished, all posts by dbumbeishvili will become hidden and only accessible to themselves.

If dbumbeishvili is not suspended, they can still re-publish their posts from their dashboard.

Once unpublished, this post will become invisible to the public and only accessible to David B..

Thanks for keeping DEV Community 👩‍💻👨‍💻 safe. Here is what you can do to flag dbumbeishvili:

Unflagging dbumbeishvili will restore default visibility to their posts.