Game of Stakes has come to an end, and we are delighted to announce our finalists! 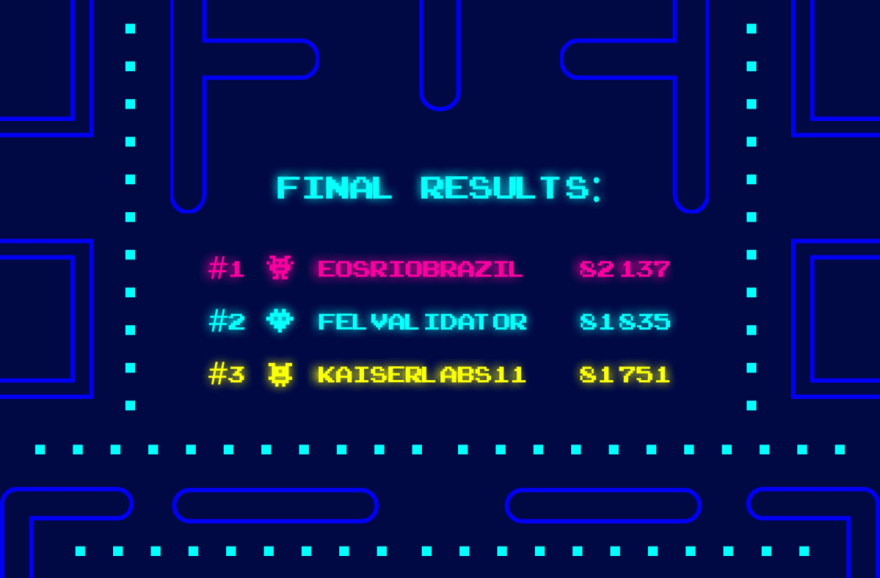 Throughout the 10 days of the game, we learned a lot about how DAOBet behaves under combat conditions as the DAOBet blockchain survived several combat benchmarks.

The participants performed their own tests of DAOBet, deployed contracts for testing, and loaded the network with transactions.

During the course of GoS, the DAOBet blockchain reached 12,000tps at some point. This is a great indicator. We saw how RANDPA behaves in the real world, where validators are located in different parts of the world and have different configurations of equipment. The participants deployed additional nodes, communicated, collaborated in the game, and shared their expertise.

The game began at 15:00 UTC. At 17:00 UTC, the activated stake exceeded 15% and the validators got the opportunity to produce blocks and earn VPs.

Launching a decentralized network, where the nodes are located in different corners of the planet and have different time zones is an interesting task. But our validators were able to join the game in just a couple of hours. At the beginning, the players were given a version of the GoS node in the form of a docker. But many ignored this and built their nodes based on source files. This helped them maintain the node in combat mode, as later, bugs interfering with the production of blocks were found in the node.

The players’ nodes skipped blocks and did not earn any VPs. Also, the validators themselves did not disregard attaining benchmarks for the sake of getting to the top.

🎲 DAOBet is a B2B platform based on a decentralised blockchain protocol for casinos, game providers and affiliates. https://t.me/daobet

Crypto-anchors - an innovative technology for supply chain security and visibility