Before I set my eyes on the Redux source code, I naively thought OOP is superior than FP(Functional Programming) as a programming paradigm. But this is not right. As we know that FP is dedicated to forming a easy to understand and clear workflow without those obscure abstracted objects and relations. It's much closer to human's procedural mode of thinking.

Now React has already got hooks which can handle the "states" properly event without Redux. The demand for Redux could be declining but its code base is still worth learning. Especially for those who wants to enlighten themselves in functional programming. So, I guess it's never a bad idea to learn from a good example even though it is "obsolete" (not at all).

When I started reading the Redux source code, I immediately felt the power of this unfamiliar usage of my familiar programming language. It feels like exploring an acient cave with a torch lighting up the paintings and found the great secret.

In order to know more about what Redux benefits from FP, I researched the Redux source code and created a mini version of it.

Never be afraid of reinventing the wheel.

There are 4 basic key points for Redux:

This is the classic diagram explaining how Redux works: 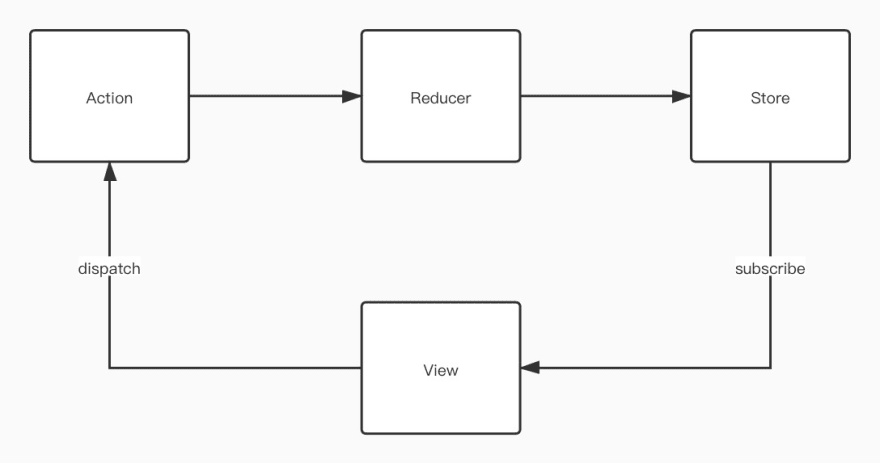 From the diagram above, it's easy to find the keywords: action store reducer view subscribe and dispatch. And the next is to handle the relations among these keywords.

Imagine if we do this in OOP, it may look like this:

(The following is just my imagination. Not how older Redux behaves)

So, what are the differences? Both are good approaches IMO.

FP does a good job on combining the functions together without side-effects. The return value is consistent which made the program returnings foreseeable during or after the execution.

OOP made a solid structure which defined all the attributes a data model should contain. It makes it easy to modify or configure the data model.

In Redux, the reduers and middlewares are usually defined only once. It means, we don't need the ability to update these properties and we don't hope them to be altered during the runtime. As for FP approach, it utilizes the closure technique that kills the possbility of exposing the internal properties. With some fantastic FP techniques (curry, compose, pipe), it's even making the program much more human-readable than OOP.

I would say FP should be the best fit for such scenario. Of course, the FP I'm talking about here is far from the real functional programming like Haskell. But at least the idea of utilizing FP techniques in Javascript is something to follow. 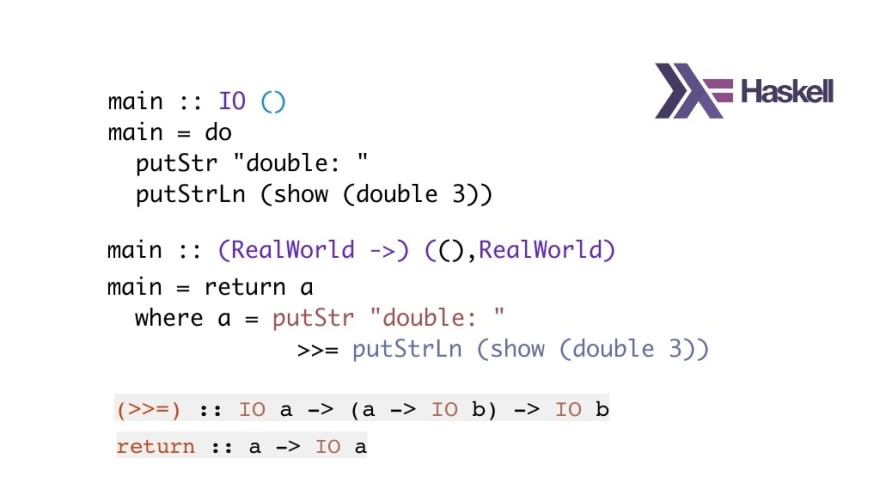 In Redux, there is no class at all (In the earlier versions, it was once based on Class). All of its core APIs return either value or function (function factory). And this is exactly what FP expects a function to behave:

Pure with no side effects.

To explain the Redux design in an easy way, I implemented only the very core part of the APIs above. Since the latest version's core concept hasn't changed much, I wrote the source code based on very primitive version of Redux v1.0.1. Because I believe the very first related version would be the most comprehensive one to look at.

Let's have a look.

createStore defines those APIs that can be used within components. It's more like setter and getter

Returns a new function that can return the new state. Can't be any purer.

I personally think the applyMiddleware API is the most amazing part of Redux. It provides an optimal solution to apply 3rd party plugins.

The FP compose in the source code is corresponding to Math's associative law in my understanding.

The usage of applyMiddleware is actually a form of a pipe that allows us to inject enhancement functions that returns the store Object. It's pretty similar to Aspect Oriented Programming which the most typical example is the annotation / decorator.

There are some famous middlewares for Redux like redux-thunk and [redux-logger(https://github.com/LogRocket/redux-logger). These are the good examples using applyMiddleware API to enhance the functionalities. Furthermore, their code base is astonishingly small. The core part has only a few lines of code.

All of the middlewares are curry functions.

This is extremly helpful when I need other contexts to use within the code block. As of the examples, it's easy to find that next and action are passed in as context to help handle some complex cases.

redux-thunk allows to use function as dispatch parameter so that I could do something right before "dispatching".

Here is the core:

It's easy to guess what this middleware does. It simply outputs the state changes.

I implemented mini version of redux and a small counter application to demostrate the functions. The application will do four arithmetic operations: plus, minus, multiply and divide. The number will change after clicking the operation button. Meanwhile, multiply and divide will have 300ms' delay which is enabled by a custom middleware (a mini redux-thunk). 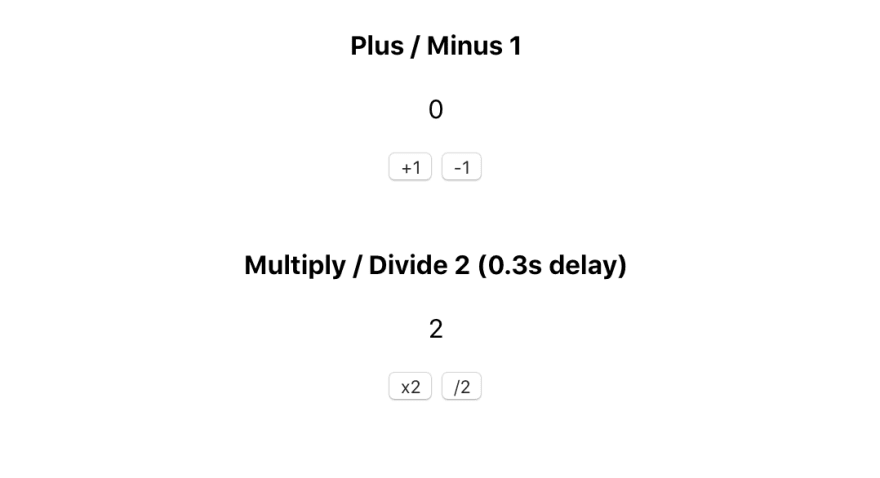 The app has one child component: MiniReduxComp. In my mini-redux, I didn't create a context provider to trigger updates. Instead, I subscribe to the store changes within the component and do forceUpdate to react to changes.

I also applied the custom middlewares redux-thunk and redux-logger to enrich the functions.

I think in modern web development, OOP is still the mainstream. Yet we could see that there are some open source projects mix the programming paradigms and deliver very qualified frameworks (e.g. nest.js). Thanks to React communities, FP is part of development necessities now.

Okay, that's all for the Redux drill-down. Hope you also get a good understanding about the FP designs in Redux. If you think this article is great, please share it on social networks.

Creating an Ellipse in React-Leaflet

Before you start learning Node.js !!!