Go Version Manager (GVM) is an open source tool for managing Go environments. It supports installing multiple versions of Go and managing modules per-project using GVM “pkgsets.” Developed originally by Josh Bussdieker, GVM (like its Ruby counterpart, RVM) allows you to create a development environment for each project or group of projects, segregating the different Go versions and package dependencies to allow for more flexibility and prevent versioning issues.

Installing GVM is straightforward. The GVM repository installation documentation instructs you to download the installer script and pipe it to Bash:

Despite the growing adoption of this kind of installation method, it’s still good practice to take a look at what the installer is doing before you do it. In the case of GVM, the installer script:

If you want to double-check what it’s doing, you can clone the repo and review the shell scripts, then run ./binscripts/gvm-installer to set it up using the local scripts.

Note: Since GVM can be used to download and compile new Go versions, there are some expected dependencies like Make, Git, and Curl. You can find the complete list for your distribution in GVM’s README.

If you are looking to learn more about GO Programming, take a look below: 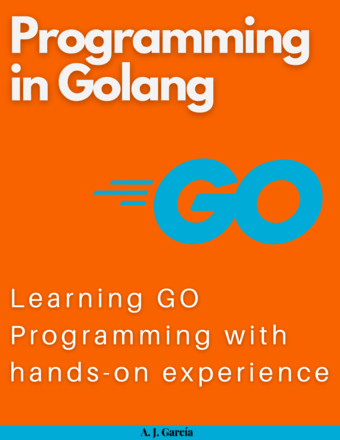 Get the Book: Go language programming

Once GVM is installed, you can start using it to install and manage different versions of Go. The gvm listall command shows the available versions of Go that can be downloaded and compiled:

Installing a specific Go version is as easy as gvm install , where is one of the ones returned by the gvm listall command.

Enter gvm list, and you see Go version 1.12.8 is installed along with the system Go version (the version that comes packed using your OS’s package manager):

GVM is still using the system version of Go, denoted by the => symbol next to it. You can switch your environment to use the newly installed go1.12.8 with the gvm use command:

GVM makes it extremely simple to manage installed versions of Go, but it gets even better!

Out of the box, Go has a brilliant — and frustrating — way of managing packages and modules. By default, if you go get a package, it is downloaded into the src and pkg directories in your $GOPATH; then it can be included in your Go program by using import. This makes it easy to get packages, especially for unprivileged users, without requiring sudo or root privileges (much like pip install — user in Python). The tradeoff, however, is the difficulty in managing different versions of the same packages across different projects.

There are a number of ways to try fixing or mitigating the issue, including the experimental Go Modules (preliminary support added in Go v1.11) and go dep (an “official experiment” and ongoing alternative to Go Modules). Before I discovered GVM, I would build and test Go projects in their own Docker containers to ensure segregation.

GVM elegantly accomplishes management and segregation of packages between projects by using “pkgsets” to append a new directory for projects to the default $GOPATH for the version of Go installed, much like $PATH works on Unix/Linux systems.

It is easiest to visualize how this works in action. First, install a new version of Go, v1.12.9:

When GVM is told to use a new version, it changes to a new $GOPATH, which corresponds to a default gloabl pkgset for that version:

Packages in the global pkgset are available to any project using this specific version of Go, although by default there are no extra packages installed.

Now, suppose you’re starting a new project, and it needs a specific package. First, use GVM to create a new pkgset called introToGvm:

As mentioned above, a new directory for the pkgset is prepended to the $GOPATH:

Change directories into the introToGvm path that was prepended and examine the directory structure — and take the opportunity to have some fun with awk and bash as you do:

Notice that the new directory looks a lot like a normal $GOPATH. New Go packages can be downloaded using the same go get command you’d normally use with Go, and they are added to the pkgset.

As an example, use the following to get the gorilla/mux package, then examine the directory structure of the pkgset:

As you can see, gorilla/mux was added to the pkgset $GOPATH directory as expected and can now be used with projects that use this pkgset.

GVM is an intuitive and non-intrusive way to manage Go versions and packages. It can be used on its own or in combination with other Go module management techniques and make use of GVM’s Go version management capabilities. Segregating projects by Go version and package dependency makes development easier and leads to fewer complications with managing version conflicts, and GVM makes this a breeze.