Today I wanted to create a blog to break down the different types of JavaScript functions in the most basic terms.

When I was first starting to code the MDN docs confused me most of the time, so this will be part of an ongoing series into the core fundamentals of JavaScript written by someone who didn't come from a CompSci background.

What is a Function

That's right, we need to start from the beginning!

In JavaScript (like most languages) a function is a block of code that performs a task or returns a value, one good thing to note at this point is a function should do that, perform one function (but that's a debatable story for another time).

But to make it a bit more interesting, JavaScript has evolved and has quite a few different ways to declare and use them, so let's start.

Hoisting you ask? hoisting is the way JavaScript allocates functions to memory and in what order, and this is a topic worth exploring on its own and this article explains it well.

The reason a Function Declaration gets hoisted first is that as it compiles, JavaScript looks for the declarations starting with 'function', makes sense, huh, this then hoists all those declarations to the top of the pile.

P.S. while Function Expressions are not hoisted the VAR declaration IS, so if you declare a function with VAR it will be hoisted. 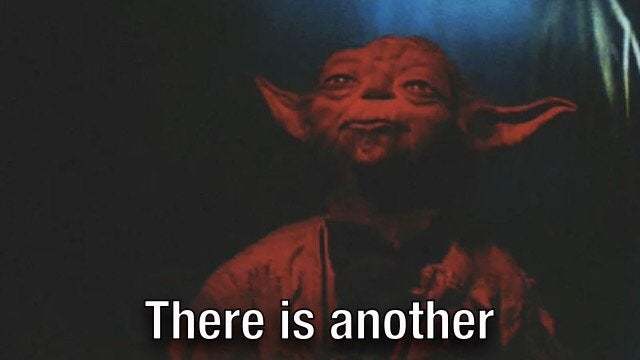 And it's called a Named Function Expression

So why do this right? as Yoda is 'undefined' when we checked the type, the bonus with a named function expression is the name is recognised within the function itself and can help dramatically when debugging as the name will show up in your call stack, whereas an anonymous function wouldn't show up in the stack.

So as you level-up it might be worth considering if Named Function Expressions are for you?

Arrow Functions are a Syntactic extension of Function Expressions, utilising what we call a fat arrow (or I prefer to call a rocket), and it can be constructed in a few different ways.

Like with all our functions so far there are some times when Arrow Functions, so let's go over a few of these gotchas.

It gets funky with This

Wes Bos can probably do a way better at explaining this, with this.
As he does such a good job I'll phone a friend and leave you to review that article rather than repeat.

Arrows Functions can't be used as constructors, therefore 'New' cant be invoked with an Arrow Function.

And the final sticky part ill cover is object literals, due to the syntax Arrow Functions can't decipher them, for example.

But since the Arrow Functions use the curly braces by default, they can't differentiate between a block scope and an object literal and would result in an error.

But this can be overcome but wrapping them as such.

As the name does suggest, this is a function that is invoked the moment it is defined.

This one looks a bit weirder, but it is just an anonymous function wrapped in brackets and invoked immediately after.

They can be handy as they're invoked immediately, and not hoisted into the global scope (and this could be considered pollution), they cannot be expressed with a Rocket.

As they are invoked due to the compile process, they do not need a name, but they can be given one.

There are plenty of bonus features with IIFE but I will point you to an amazing article that covers all those quite clearly.

Well, I hope you liked the article if you reached this far a like or a share would be lovely if you were so inclined.

I will be back soon with some more JavaScript-related content.

Once suspended, coopercodes will not be able to comment or publish posts until their suspension is removed.

Once unsuspended, coopercodes will be able to comment and publish posts again.

Once unpublished, all posts by coopercodes will become hidden and only accessible to themselves.

If coopercodes is not suspended, they can still re-publish their posts from their dashboard.

Once unpublished, this post will become invisible to the public and only accessible to 🧸 🏳️‍🌈 cooper-codes 💻 🎮.

Thanks for keeping DEV Community 👩‍💻👨‍💻 safe. Here is what you can do to flag coopercodes:

Unflagging coopercodes will restore default visibility to their posts.