Welcome, dear coders! I am really glad that you are interested in this kind of content. Here we are, at the second chapter of the Design Patterns explained using JavaScript programming language series. If you missed the previous introductory chapter of this series, please check it out at the link below! 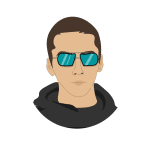 In this article, we will discuss another design pattern The Singleton Pattern.

🤷‍♂️ WHAT IS THE SINGLETON PATTERN?

Singleton is a creational design pattern that ensures that a class has only one instance.

Usually, the goal is to manage the global application state. To share data between the different parts of an application (components) that are not interconnected. You can find it being used as the source of config settings for a web app, on the client-side for anything initiated with an API key, and to store data in memory in a client-side web application such as Flux, Redux, or Vuex. Also, a singleton can be used as a singleton service (Like Angular does). When using it as a service, you manage that only one service instance exists in an app. Of course, those are all applications within a specific JavaScript library or platform such as Angular, React, or Vue.

❔ Since we're talking about JavaScript and its libraries and platforms, I would really like to know what is your preferred library/platform? (comment out which one and why 😉)

💡 The singleton is not freed until the termination of the program

The Singleton design pattern is a very specific type of single instance, specifically one that is:

It is because of this specific design choice that the pattern introduces several potential long-term problems:

In JavaScript, Singletons serve as a shared resource namespace that isolates implementation code from the global namespace so as to provide a single point of access for functions.

*Whilst the Singleton has valid uses, often when we find ourselves needing it in JavaScript it's a sign that we may need to re-evaluate our design.&

They're often an indication that modules in a system are either tightly coupled or that logic is overly spread across multiple parts of a codebase. Singletons can be more difficult to test due to issues ranging from hidden dependencies, the difficulty in creating multiple instances, difficulty in stubbing dependencies, and so on.

🙏 THANK YOU FOR READING!

Have a nice time!

☕ SUPPORT ME AND KEEP ME FOCUSED!

Six Ways To Drastically Boost Your Productivity As A Node developer

Why I no longer use GraphQL for new projects