Have you ever wondered how QR codes work or how procedural images are generated? Have you ever wanted to send someone a website link in a much cooler way? If you said yes to any of these questions, you're in luck!

In this quick tutorial, we will learn how to create a QR code in Python with qrcode, pillow, and just five lines of code. 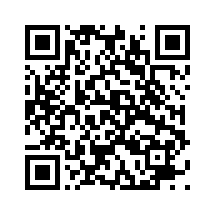 What Is a QR Code?

The QR code, short for Quick Response code, was originally invented in 1994 by a Japanese tech company. It is a 2D barcode containing black patterns on a white background. However, this is no ordinary scribble: QR codes are capable of storing huge amounts of data in a deceivingly small amount of space. These black rectangles can store links, text, basically anything you want... and can be accessed simply by scanning from any mobile device!

A QR code is important since it gives users a simple way to access something on a non-conventional source (e.g., on a piece of paper). Putting a QR code on a piece of paper is a far better and faster experience for the user than placing a website link. Due to this, QR codes are now becoming more commonly used than UPC barcodes and are found on restaurant menus, business cards, and even Superbowl ads!

Enough about QR codes, let's learn how to create one!

First, go to the Python code editor of your choice (we recommend VS Code), and create a new file called qr_code.py. This is where we will be writing our code.

Note: You can call your file any name except qrcode.py. This is because qrcode.py is a file that already exists as part of the qrcode library that we will use, and calling your file that will overwrite the library functions.

To start, we need to install the two libraries:

To install qrcode and pillow, run this command inside the VS Code terminal:

Next, add this line of code to the first line of qr_code.py:

This line of code makes sure that the two libraries can be used in the rest of our code, since Python code runs from top to bottom in a file. We just need to import qrcode, because pillow is implicitly imported.

First, we want a link that we want to showcase. Let's use a classic YouTube video.

We can store this YouTube URL into a variable called website_link:

Next, we want to create an instance of qrcode. Since it's a Python library, we can call the package constructor to create a qrcode object, customized to our specifications.

In this example, we will create a QR code with a version of 1, and a box size and border size of 5.

As an exercise, try taking in these parameters as input, and explaining to the user how to set this up, so they can create the QR code to their own specifications.

Visit documentation for more information about the parameters in qrcode.QRCode(...).

Then, the data (specifically, the link we specified before) is added to the QR code, using .add_data(). The QR code is then generated using .make():

Finally, we save this created QR code in an img pillow object using qr.make_image():

Finally, we have to store and save the file. We can do this using pillow's save() command. We specify the file name inside the brackets, which is youtube_qr.png in our case.

Now we are done! Here’s the whole code:

You should see the youtube_qr.png image pop up on the left-hand side of VS Code, and you can open it to see what it looks like.

You can add this QR code to anywhere you like, on your website or in an email!

To improve this, we could do a couple of things:

Once unpublished, this post will become invisible to the public and only accessible to Jerry Zhu.