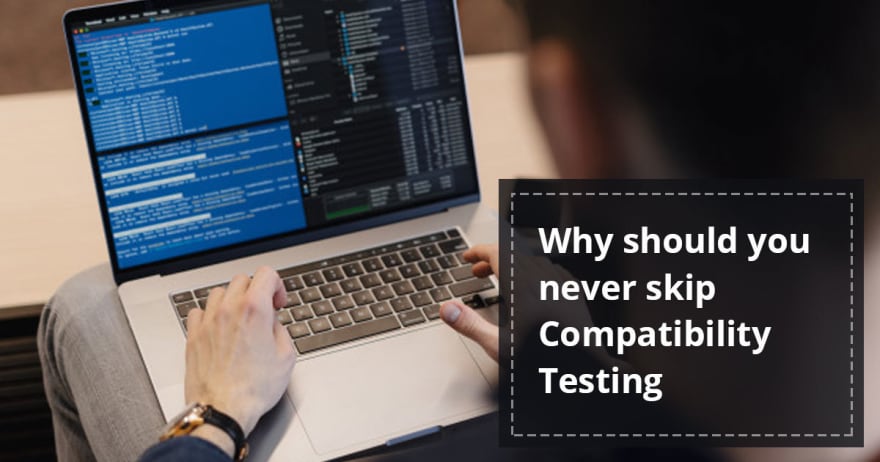 The success of any software in the market depends on various factors. These include the ability to meet specific objectives, delivering superior user experiences and level of security, and ensuring compatibility across platforms, among others. Today’s tech-savvy users want their software applications to work seamlessly across digital environments. The environments may include devices and their resolutions, browsers, operating systems, and networks. And to ensure the flawless functioning of any software application across digital environments, they should be subjected to compatibility testing.

What is compatibility testing?

It is a type of non-functional software testing intended to check whether the software is capable of working across IT environments such as computing devices, various hardware configurations, browsers, operating systems, applications, and networks. It can be of various types depending on the specific computing environment.

Why is compatibility testing needed?

The customers use a plethora of devices to access the internet and its various services. Generally, the devices used by them are of different make with various software and hardware configurations. For any software to be accepted by the customers, the same should function irrespective of the computing environment. For example, if a mobile application works well on the Android platform it should work equally well on an iOS platform. One of the reasons for any software application to lose its appeal in the market is its inability to work flawlessly across all digital environments.

It is only by subjecting a software to rigorous and comprehensive compatibility testing services that its functioning across environments can be assured. In its absence, the application may develop performance issues like latency, unresponsiveness across device platforms, and less throughput. If such issues are not addressed before the release of the application, the customers may stop using the software altogether.

There are various types of compatibility testing depending on the application’s operating environment:

Again, software compatibility testing can be of two types – backward and forward.

It is only by employing compatibility testing in the SDLC that the functionality and performance of a software application across digital environments can be assured. Unfortunately, many organizations ignore this type of testing without realizing its benefits and suffer the consequences.

Cigniti Technologies
Role of Accelerators and Frameworks in Test Automation
#testautomation #automatedtesting #softwaretesting
The indispensable need for Continuous Testing in CI/CD
#continuoustesting #devops #softwaretesting
Why do you need to develop an e-commerce Testing Center of Excellence?
#ecommerce #softwaretesting #qa