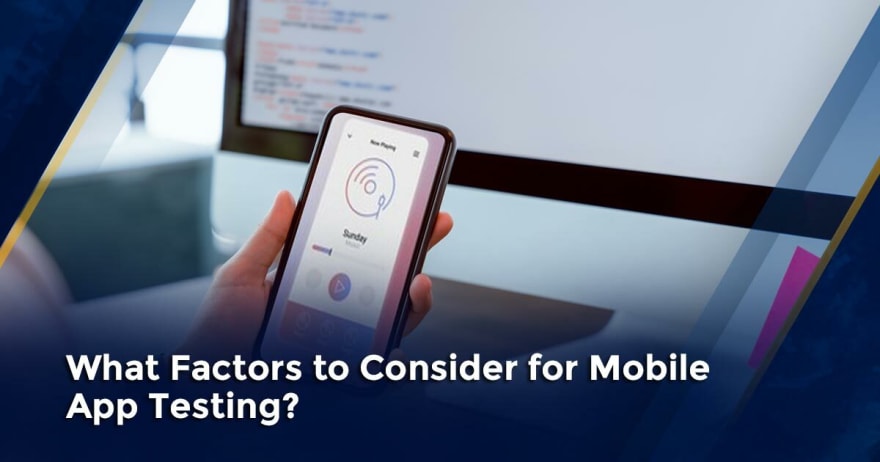 Mobile applications have become an essential part of the consumers’ lifestyle and for many, a pivot around which everything revolves. Be it communicating with family, friends, or colleagues, purchasing stuff from online stores, booking tickets or hotels, playing online games in leisure time, or watching movies or web series, there is no denying the ubiquitous mobile applications. Even when this was progressively getting evident in the last few years, the pandemic seems to have pitch forked the utilitarian benefits of mobile applications to the centre stage. For enterprises, this means more competition for their apps to get tracked let alone being adopted by the users. To understand the enormity of the challenge enterprises face, let us read some statistics:

Developing a mobile app and placing it in the play store do not make it market-worthy. What is needed is comprehensive mobile application QA testing to make the application secure, stable, high-performing, and usable. The key factors in consideration are:

Compatibility: The mobile app users operate a plethora of devices with different screen resolutions and memory sizes running on different operating systems, browsers, and networks. So, the users expect the mobile applications to function seamlessly across digital environments. This calls for undertaking compatibility testing to validate the app’s performance across the following systems:

Scalability: In the event of the app becoming popular it is likely to have more number of users who may use the app more on certain days or at a specific time of the day. This calls for conducting load testing to ensure the app is capable of handling the increased user load. This can be of crucial importance on certain occasions such as festivals when the user load can peak exponentially, and if the app fails to perform at its optimum during that time or day the resultant user dissatisfaction can hit the brand quite hard.

Stable network bandwidth: According to statistics, mobile users are likely to abandon an app if it takes longer than 3 seconds to load. Hence, the mobile application testing approach should check the impact of network fluctuations and interruptions on the performance of the app. The behavior of the app should be tested during interruption situations such as network loss and restoration, OS upgrade, battery removal, device shut down, and plugin and plug out, among others. Further, the apps should be tested for their correct usage across locations and carrier networks.

Usability: Mobile apps should be user-friendly for every user type; baby boomers, generation X, and experienced, and possess a good look and feel. They should not have complicated workflows and functionalities but intuitive, interactive, and seamless navigation all across. It is only through usability testing that the app’s streamlined flow across functionalities can be validated.

With the increased usage of mobile applications across demography and geography, enterprises are facing challenges in reaching out to the end users and popularizing their mobile apps. It is only through mobile application testing that challenges such as ensuring effective usability, quick loading, great user interface, flawless security, and seamless performance can be addressed.