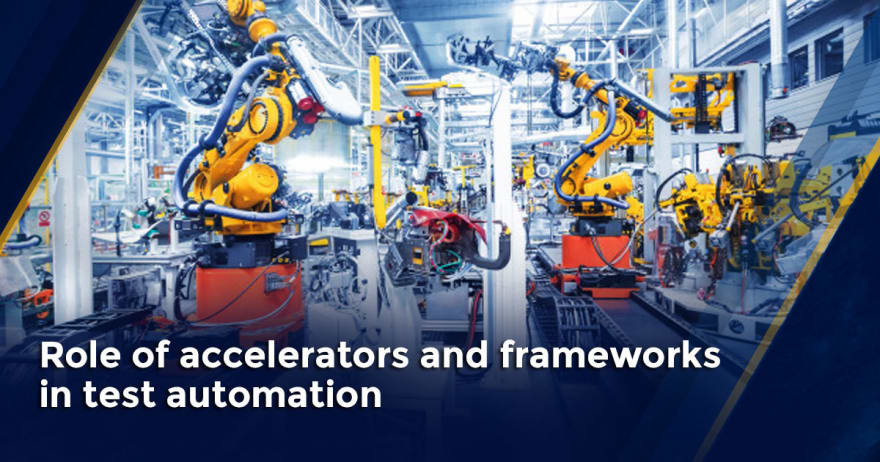 The imperatives of business agility and competition demand quick development, testing, and delivery of software applications. This calls for reinventing the traditional software development process by moving to service-oriented architectures riding on dependent services. The resultant architectural complexities and the quest to achieve shorter delivery cycles have made continuous testing a critical requirement. Test automation has been accepted as an enabler for testing and implementing complex software suites like ERP or CRM. The reasons are pretty obvious – to achieve speed and quality. QA automation testing helps to identify and fix resident errors in the software application under testing, accelerates the testing process, and builds a framework for future testing roles. So, when the requirement is to deliver test results quickly, consistently, accurately, and at a lesser cost, then the use of a test automation accelerator becomes important.

Role of the accelerator in an automated testing strategy

With more emphasis being put on achieving a faster time-to-market and enhancing the quality of software applications, enterprises have their task cut out. They seek to increase test coverage, reduce regression run time, and enhance the test environment by using accelerators. These are frameworks to enable teams conduct early automation and write test scripts during the software development process. Accelerators allow other stakeholders or business users to add value by getting engaged in test automation. Also, they facilitate the implementation of end-to-end automated software testing across technology platforms. The test automation framework kit may comprise pre-built automated scripts, reusable object libraries, tool-agnostic framework, and automation guidelines and best practices. It is capable of supporting web-based applications, packaged applications, custom applications, and mobile-based applications. The benefits of using accelerators by test automation services are:

The key features of accelerators that make them so utilitarian in implementing any test automation strategy are:

The use of test automation accelerators in building and implementing the end-to-end test automation architecture is well established. These can be further used to improve test design, data management, execution, validation, and delivery of dashboards and real-time analytics. And since they can integrate with major test management tools, they have become irreplaceable for the test automation services.

How to earn money online without investment

Dynamically Generate GitHub Stats SVG like Terminal for your Readme