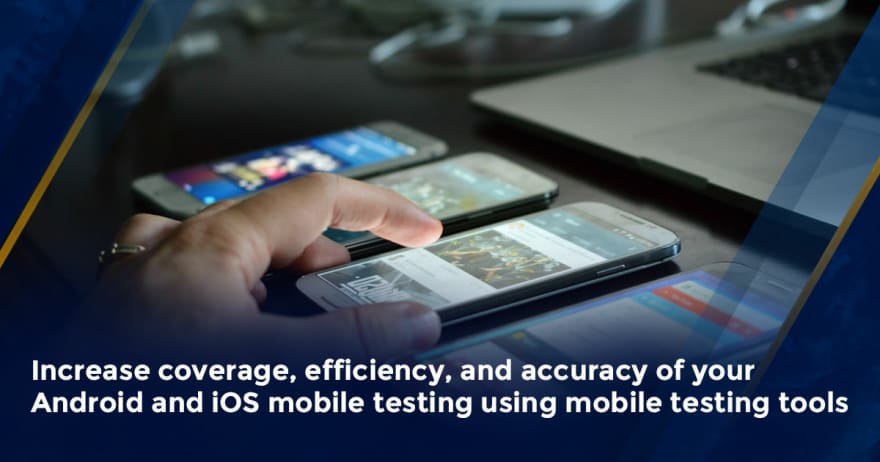 Today’s tech-savvy users on the go want quality mobile applications to do a host of activities. These include playing games, browsing on social media, paying utility bills, transferring funds, booking cabs, watching movies, and many more. To cite statistics and highlight the importance of such apps, read the following:

The major drivers of the growth of mobile applications include widespread internet penetration, ease of use, the availability of smartphones, and increased data usage, among others. However, as businesses push for a greater number of mobile applications to reach out to their customers and outsmart rivals, quality issues continue to play spoilsport. Further, the growing menace of cybercrime has meant mobile applications, especially those dealing with financial data and having interfaces with banks, remain vulnerable. This calls for conducting stringent end-to-end mobile testing. Any mobile application testing exercise should be an integral part of the build process to deliver a top-quality product in a short time.

Why is mobile app testing critical?

Mobile apps have a high rate of abandonment by users who constantly look for better quality products. The factors leading to abandonment are poor navigation, lack of compatibility, bugs, slow loading time, crashes, and security breaches, among others.
Further, given that users use a large number of mobile devices with different hardware configurations, operating systems, screen resolutions, and others, mobile apps should work seamlessly across devices and networks. However, this is easier said than done unless there is a suitable end-to-end mobile application testing strategy. The advantages of testing mobile applications are as follows:

To increase coverage, efficiency, accuracy, and speed in mobile app automation testing, the right testing tool should be used. The key factors to consider while choosing a test automation tool are as follows:

The success of mobile testing depends on the type of automated testing tool used by the QA team. In addition to the various features mentioned above, one can even set up the testing environment in the cloud to garner maximum benefits.

How to debug iPhone safari on mac in 2 steps?