Why we need JavaScript ?

If you see a modern website it will be having a lot of interaction like clicking a button, drag and drop, etc. These interactions make our lives easier, Imagine if there is no way to interact with a website that would be awful right? So to make these interactions happen, we need JavaScript

The Birth of JavaScript

It all began in the mid-1990s the usage of the internet rises to its peak. At that time the all the tech companies tried to create their own browser but the major competition between Netscape's "Navigator" and Microsoft's Internet Explorer. At the time Netscape's programmer named Brandan Eich developed a scripting language in just 10 days, He called that as Mocha but quickly become known as LiveScript and then later it was named as JavaScript ( Because at the period of time Java was so popular so they renamed to JavaScript to get attention in the Java developers & community ). JavaScript still tops the list of most popular technologies in stack overflow survey 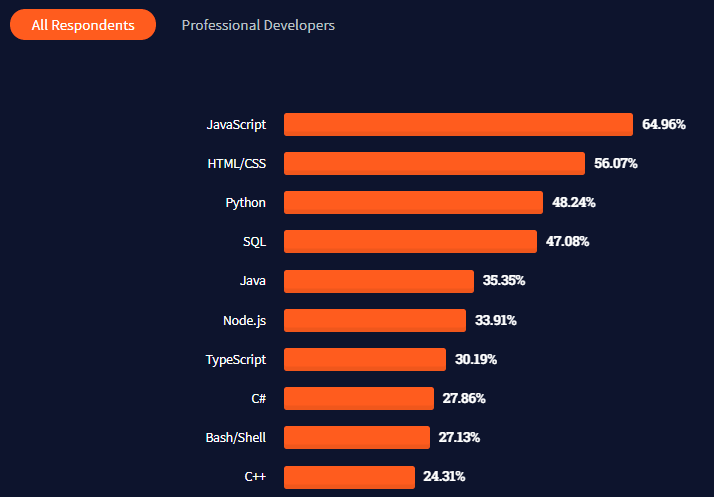 So when JavaScript was created it become a huge hit so after that all of the tech companies created their own version of JavaScript and used it in their browser and this became a developer's nightmare because now the developers want to write different codes so that their application didn't break on a specific browser. It came clear that JavaScript need to be managed so Netscape handed the job to European Computer Manufacturers Association (ECMA)

Now all the browser follows the specification defined by ECMA of how JavaScript should look like. They called the versions like ES1, ES2 like that. For some year they didn't released a version but in the year 2015 they released a huge update on JavaScript that changed the whole community these changes were so powerful, It's called as ES2015 or ES6

But now they are changing and updating small features of JavaScript every year and releasing it officially instead of big update in a single year.

In the upcoming episodes of "Breaking Language" we will dig deep down into JavaScript and explore various features in it. Stay tuned 😉

1.40 - Creating Code in Your Browser with StackBlitz