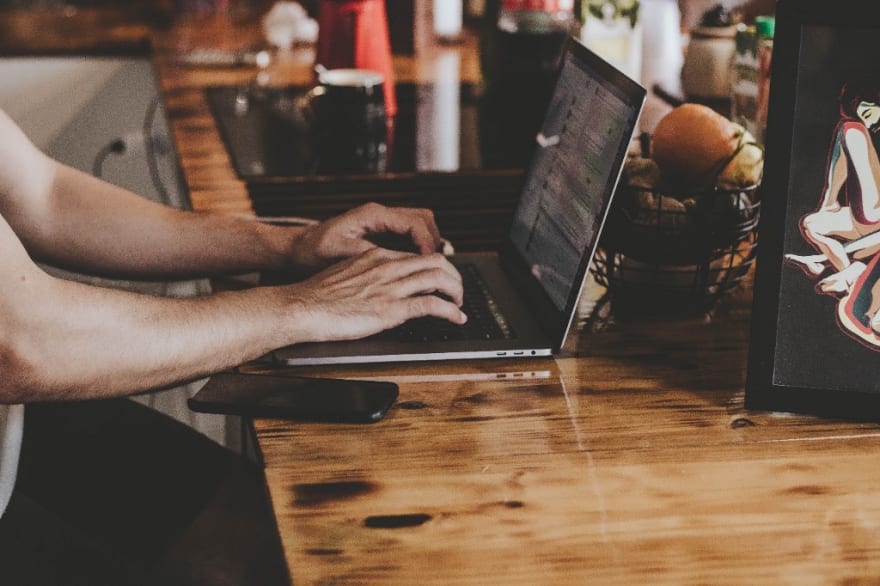 When I was a kid, like any other, I wanted to be everything. I wanted to be a policeman, soldier, lawyer, artist, a writer well everything at some moment or another. But I ended up becoming a software developer, and here I will describe how I started. How I got myself from a bad situation into doing what I love. It required a significant risk, sacrifice, fight with insecurities, and just doing whatever is needed.

I will not go into why I decided to go into coding. Explanation of that could probably fill a book of all the things that impacted my decision to choose it and to stay with it. What I am starting with is a situation where I said to myself, I am getting started. I will be a software developer.

It was around ten years ago. I think I was about twenty years old. I was studying in one of the most challenging colleges in the country, living in capital away from family, spending part of the day trying to study, and go to lectures. Other parts of the day, or night working as a waiter in different dancing clubs, casinos, and bars. Places where each customer treats you as their servant who is there for them to vent out their frustration. While I was just a poor kid trying to earn a salary. So, I could pay for my room in a lousy apartment, food, and college expenses. Maybe even I could save something so that I can send it to family back home or invest in myself. That needed to change.

The end goal and plan

After I reached my final straw and decided I had enough, it was time to get a job in IT finally. But it required a plan. One way was finishing college and using a degree to start. With working full time, mostly night shifts, no wonder my college was not going great. I knew that there is a minimal chance of me finishing. And even if I do, it will take at least three more years of living in the same way. My other option was to find a job in IT without a degree. But for that, I need to show something that would make possible employees forget about me not having a degree. I need an excellent showcase project and at least one recommendation.

My first step. Find out what is popular and easy to start. I spent almost every free moment outside of work in college. I didn’t go to lectures. I went there to talk to people and see what is out there. I went there to find out which programming languages they are all using and what they are building. The decision fell on the web because it seemed it is easiest to start, and at that moment, PHP was extremely popular. So, I started learning it and copying codes from others. But that is not enough. Knowing how to use some language is not enough to get a job. I need a project.

After I spent some time learning, I started looking for a project. Initially, that can seem difficult, but when you spend time and effort, opportunities appear, and all you need to do is take it. And so it happens, my mom worked for a guy, who had a cousin working in a big software company. He couldn’t give me a job there. He was in a different department, and I had no experience. But he had a project that he wanted for himself. His grandfather was a painter, and they wanted a website to show his paintings. A complex project as it also required full admin part with security restrictions, deployment, dynamic resizing photos, and injecting watermark. I had no skills to implement it. I won’t get paid for it. It is an extra job on top of everything. But if I deliver, I will have a big showcase project to show, and a manager from a big tech company will give me a recommendation. I accepted the challenge. I will do it, and a friend who has more knowledge, but also could use a good reference project, will do it with me.

Step 3: There will be fails, but keep fighting back

Now I am in a situation that I took a too complicated piece of work for me. Already from the beginning, I started facing problems. The friend I depended on, who was supposed to work with me, he didn’t do anything. He didn’t say he won’t work, but he always worked on different things. To be fair to him, he did point me to some right directions, but he didn’t do anything. Imposter syndrome is already hitting me, fear of embarrassing myself, and now I am in a much worse situation than I planned to be.

Step 4: No matter how hard it is, don’t give up, be stubborn

Obviously, delivering wasn’t easy. For three months, I spent every free moment working on it. I didn’t go out for drinks; I didn’t spend time with friends; I just worked. Going to sleep at 3 AM and getting up at 8 AM. And every day, I would find out how what I know isn’t enough. I went through a series of breakdowns. I was sending emails to the client how something can’t be done, just to send follow up mail an hour later how I found a solution. It was chaos. I had to figure out a design on the fly, have planning meetings with clients, design and implement databases, and so many other problems that I didn’t know how to solve. But at the end of those three months, I was done. I was still working the same shitty bartending job; the college I knew I won’t complete and a great showcase project.

Step 5: Be proud of your work

When the project was completed, I was happy and proud. But it is easy to forget that. You look around and see other already experienced people doing much more complex systems. It is easy to start undervaluing yourself. Don’t do that. Many are better than you because they are doing it longer, but there are many more that did less. I didn’t go for a senior position after this. I applied for internships, and because of my project, I was in front of others.

As already said, I was back just bartending. Looking at the job ads. Ads for jobs I was not qualified for. After some two or three months, there was a new job ad from a TV network. They were looking for an intern to join them for a month, learn the project, and be called when needed. I totally failed the interview. I taught console.log is a mathematical function that gives a logarithm of a number. But all other candidates also failed. And they told me a few months later, I had that project that got me in. And I didn’t stay there a month, I was there for six months. I had the best possible mentor that got me into building a reporting system as a single page application and into JavaScript in general. That is something that decided my future career. Yes, I worked long hours. And I was paid terribly. But after those six months, other than that showcase project with a reference, I had work experience with reference. That got me a new job with an almost double salary. I quit bartending, and later I left college to focus on it. And things just rolled. Next company, and after that, I moved to Dublin, Ireland, where I am at the moment. Lead UI developer with almost ten years of experience. I also went back to college, completed my BScH degree while working the job I love, which paid for it. And now, I am even planning to go for a masters degree in data science. All because I took a risk and did whatever is needed to deliver.

Being a software developer looks good. You sit in offices and get excellent salaries. But getting started with it is challenging. However, if you are ready to do what is needed. If you are prepared to invest time and effort into it. The opportunity will appear, and you just need to take it. It is going to be difficult. Any success requires hard work, sacrifice, and tough decisions. But it will also be worth it.

Kristijan Pajtasev
Software developer with interest in all parts of CS, specially into UI and ML at the moment. Outside of CS I am total outdoor person and currently i am trying to learn piano and german.
Why is software development difficult?
#programming #career #codenewbie #watercooler
Useful tech sources to keep up to date
#programming #resources #codenewbie
Ideas for beginner UI project
#codenewbie #javascript #beginners #programming