Part 4 of An IoT Odyssey

This post is really just a quick and easy exercise at dipping our toes into the Arduino world.

If you are like me who never played around with an Arduino before, I definitely recommend this video just to get a bit familiarised with it.

If we look at the pinout diagram below, there are 4 LEDs on the board: 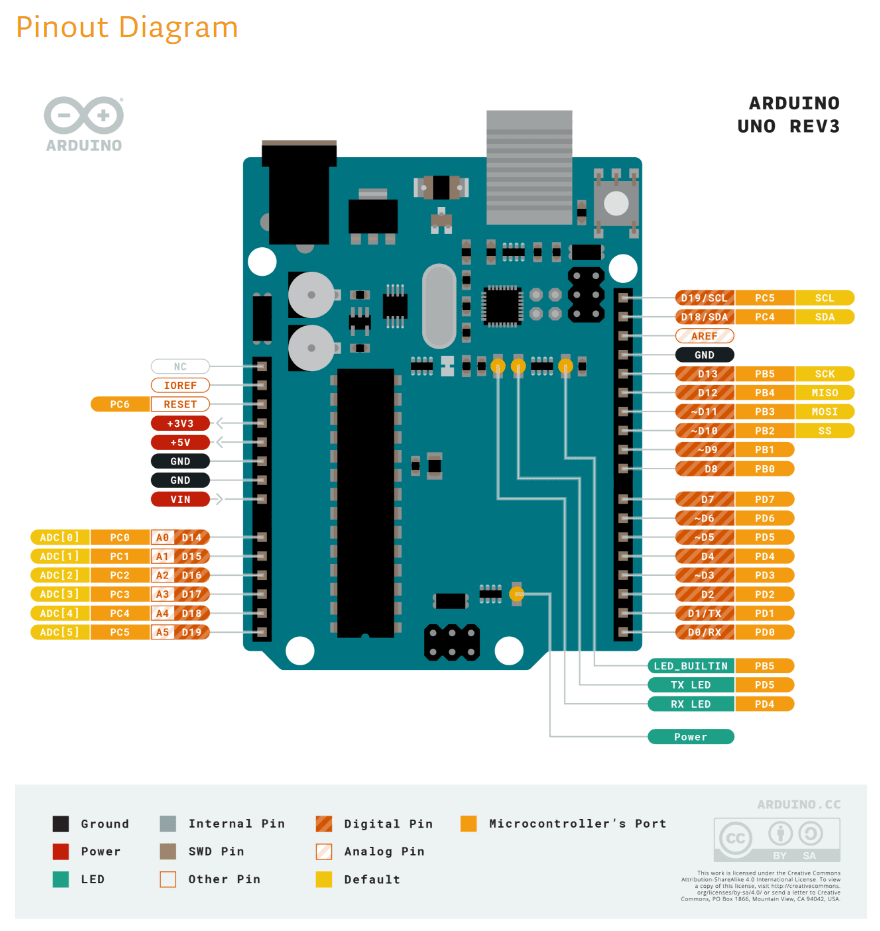 What we are going to do is create a little program to make the builtin LED blinks (I believe the Arduino people call it a sketch) and flash it to our board.

Let's start by installing the Arduino IDE onto our development machine. It can download an official copy from here.

When we starts up the IDE, it opens with an blank sketch. But what's great is that it comes pre-loaded with a vast selection of sketches to get things moving. In our case, there is already a sketch to do exactly what we want called Blink which can be found under the Basics Built-In Examples.

I have also updated the sketch to use millis() instead of delay() since delay() actually pauses the program which is not what I wanted to do.

After that, all that's needed to be done is connect the USB cable, set the correct COM port and load it onto the Arduino Uno.

Note: An Arduino Uno compatible board was used.

how to share localhost anywhere in to the world ? 🤔