The installation procedure involves downloading the official Python .exe installer and running it on your system.
The version you need depends on what you want to do in Python.
Open your web browser and navigate to the Downloads for Windows section of the official Python website.
Search for your desired version of Python. At the time of publishing this article, the latest Python 3 release is version 3.10.0, while the latest Python 2 release is version 2.7.16.
Select a link to download either the Windows x86-64 executable installer or Windows x86 executable installer. 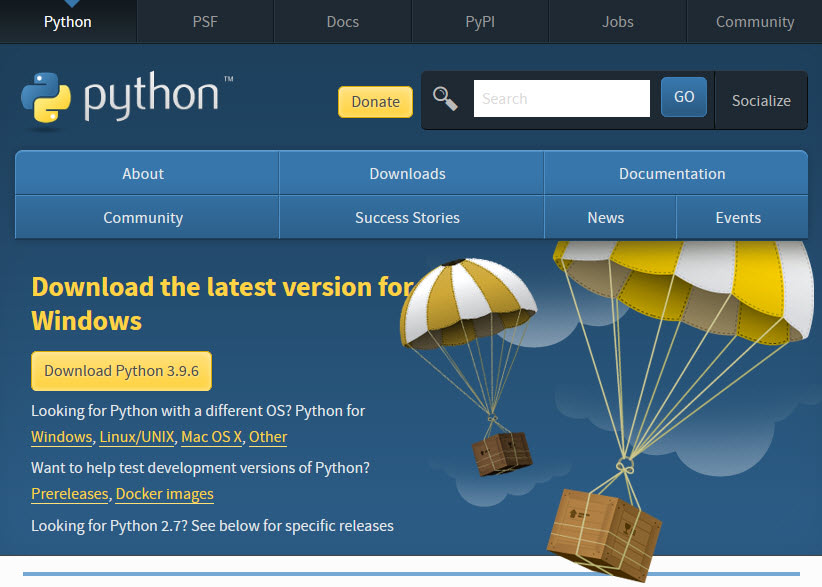 Run the Python Installer once downloaded.
Make sure you select the Install launcher for all users and Add Python 3.7 to PATH checkboxes. The latter places the interpreter in the execution path. .
Select Install Now – the recommended installation options. 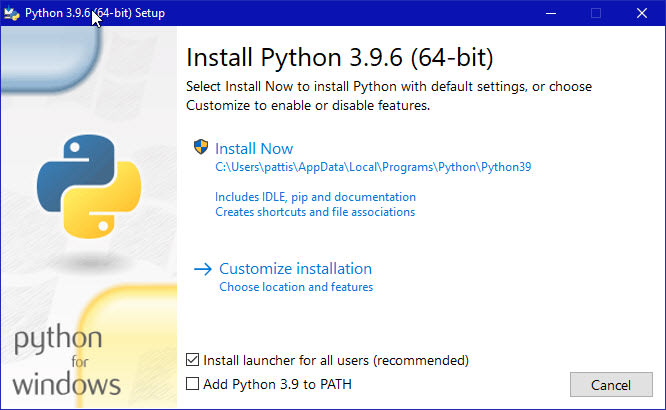 For all recent versions of Python, the recommended installation options include Pip and IDLE. Older versions might not include such additional features.
The next dialog will prompt you to select whether to Disable path length limit. Choosing this option will allow Python to bypass the 260-character MAX_PATH limit. Effectively, it will enable Python to use long path names.

Checking if python and pip was installed.

Pip is a powerful package management system for Python software packages. Thus, make sure that you have it installed.

To verify whether Pip was installed:

Open the Start menu and type "cmd."
Select the Command Prompt application.
Enter pip -V in the console. If Pip was installed successfully, you should see the following output:

The Inversion of GitHub Actions, or Tom Sawyer in Your CI Pipeline