The Go command provides a number of options allowing you to run, build or install your Go program. The following diagram illustrates these options at a high-level. 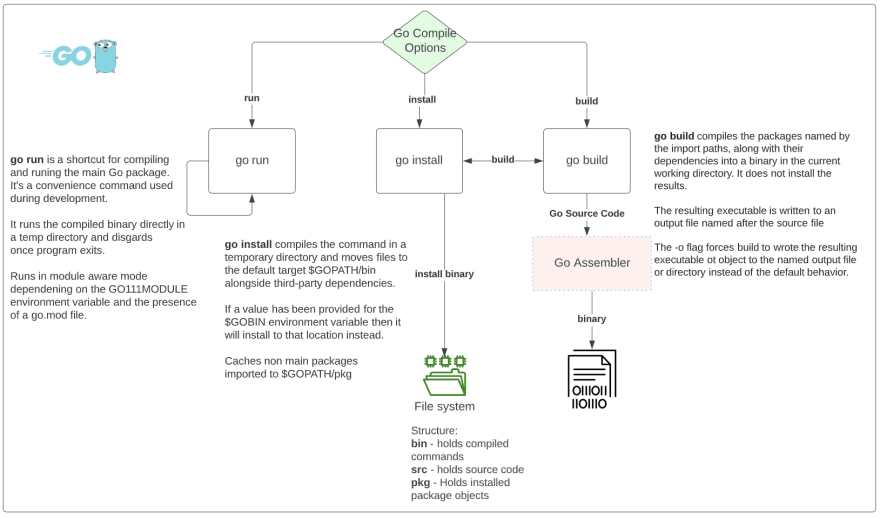 Go is a compiled language. Source code belonging to a Go project must be run through a compiler. The compiler generates a binary which can then be used to run the program on a target OS.

Phases of the compiler

Options for Compile and Run

GOPATH is a list of directory trees containing source code. It is consulted to resolve imports that cannot be found in the standard Go tree.

A Quick Guide to Go's Assembler

What are your best tips for Golang?

Once suspended, cdugga will not be able to comment or publish posts until their suspension is removed.

Once unsuspended, cdugga will be able to comment and publish posts again.

Once unpublished, all posts by cdugga will become hidden and only accessible to themselves.

If cdugga is not suspended, they can still re-publish their posts from their dashboard.

Once unpublished, this post will become invisible to the public and only accessible to Colin Duggan.

Thanks for keeping DEV Community safe. Here is what you can do to flag cdugga:

Unflagging cdugga will restore default visibility to their posts.