I've been feeling an impostor for my whole career.

Well, some of you may say: You've been working in the industry for just 6 years, it's ok to feel like so, you just started! and that's true.

What I accomplished so far

This section is not about trying to look good, is just to give you a background in order for you to understand the rest of the post.

Where do I come from?

I'm italian, living and working in Italy, where average salary is one of the lowest ones in Europe, where sanity works half of the time, where people can't find a job before 25 as they are considered "kids" and can't find a job after 35 because they are "too old".

I began to work when I was 19, just 3 weeks after ending school (Yeah, schools in Italy are pretty different from America or other parts of the world, just know I got a diploma in IT and forgot about it my very first day in a real working environment), moving to Ireland thanks to a scolarship I won. I stayed there for about 2 months.

Then I came back to Italy, started working in a big company and worked on many projects for Fortune 500 Companies, so I guess I could say, when I was 21, I already achieved a fair amount of success in my short career.

At 23, I had a salary higher than the average and was receiving at least one job offer a day from Italy, and about twice a week from abroad. I was responsible for a team composed by three mid developers.

So, as you can tell, I surely ain't Bill Gates, but can't say I didn't accomplish anything at all.

Now I'm 25, I'll be changing job in two weeks and my salary will be considerably higher than the average in Italy, and surely way higher then an average IT employee.

And still, I think about myself as a fraud. Even now that I'm talking about my career and my personal achievements, I still think there was someone else best suited for what I consider mostly luck.
But you know what? It's ok to feel like an impostor.

Are you crazy or what? There are so many topics online, even here on Dev.to, about how not to feel like an impostor and how to fight this syndrome!

Well, I have another opinion about it.
First thing first: what is the impostor syndrome?
From Wikipedia:

A psychological pattern in which an individual doubts their accomplishments and has a persistent internalized fear of being exposed as a "fraud".

So.. Why can this be good for you?
Because you will constantly feel the need to learn more, improve your knowledge and prove yourself. That's how it works for me, at least.

Whenever I feel like an impostor because I'm doing a job I don't think I'm qualified for, I'll spend hours, days, weeks studying and working on that topic until I reach a considerable amount of knowledge about it so I can feel a little less like a fraud.

People talk about the Dunning-Kruger Effect, the dangerous effects of over-preparing and over-engineering stuff, the fact that "you will improve and things will get better", but they won't. You can try to talk to yourself and say "hey, you did something, it was valuable, you achieved something!" but a minute later your brain will remember you there are at least 500.000 developers who could have done a better job. And you know what? It's fine.

I never hoped for my career to fly so high I couldn't even look at the ground anymore, have enough money to buy Versailles, have enough knowledge to build the next Google, or Microsoft, or whatever other IT company will reign in the industry. I just want to be a developer and have fun as I do it. I just want to learn because I want to learn, and not because I have to be the best in everything. Feeling like an impostor helps me keep my feet on the ground, remember who I am and where I started, be humble, ask for help and study as much as I can. And maybe, one day, I'll look back at my career and I'll say:

Hey, it wasn't a fraud after all. You, in fact, you were really good, you just didn't understand it yet.

And even if my brain will still remember me I was only lucky and, in fact, I'm just an impostor, it's fine, because it will force me to remember who I am.

Hey, thank you for reading this papyrus of non-sense!

I really hope it will encounter your personal experience and allow you to think about this syndrome as a strength, and not a weakness to vanquish.

In case it didn't, here are some posts looking at this topic from the other way around: 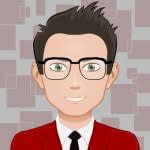 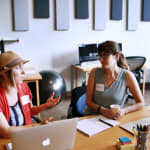 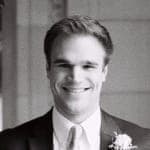 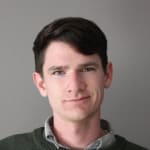 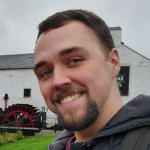 You're Not An Impostor

And here's a nice open topic where people are discussing about it in the comments:

Tools Every Developer Should Know and Use

Zsh Tricks to Blow your Mind