From time immemorial communication has been a very important part of human evolution .Since the very beginning of the human population, human beings as well as animals have used various modes of communication(languages and gestures) to share information, convey emotions and share ideas with one another. In computing, the case is not very different as computers, developers and other groups of individuals that work on computer systems use various methods through which they can convey their thoughts and share information. This then brings us to the question of what UML is all about. It is often said that teams that can't communicate software architecture will find it difficult to create a clear starting point to work from.

UML stands for Unified Modelling Language and it is a standardised modelling or visualisation language that was created by the OMG(Object Management Group) with a common goal of providing a semantically and syntactically rich visual modelling language for the architecture, design, and implementation of complex software systems both structurally and behaviourally. It is a pictorial (diagramming) language that is used by developers and other individuals around the world to model software and non-software systems. So to communicate, developers use a variety of UML diagrams that carry unique meanings in various contexts. UML is programming language independent and goes beyond the domain of software development(it is essentially a general purpose language). Now let's look at the various types of UML diagrams.

To graphically model software systems, developers make use of a variety of UML diagrams, diagrams that describe the boundary, structure, and the behaviour of a system and the objects that are within it. Since UML diagrams represent both the structural and behavioural view of a system, they have been divided into two sub types which are; Structural and Behavioural diagrams. The structural UML Diagrams include;

The behavioural diagrams include; 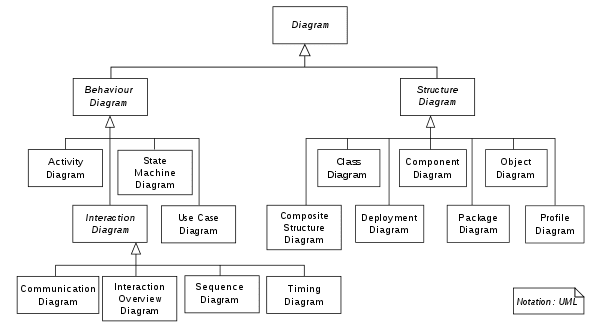 As a means to not bug down this article with too much information, we are only going to look at each of the various types of diagrams in brevity.

What has been covered above is just a sub section of the various types of structural and behavioural diagrams and there is more to all of them, much more than what has been covered. This was just an overview of what they are all about. Now you might be asking why you should use UML to model your projects.

Why you should learn and use UML?

Learning UML can be quite frustrating or overwhelming at first as there are many concepts that need to be understood, but like with most things in life you get better with practice. If you are looking for more resources to help you grasp the concept of UML better, consider check out this youtube video by FreeCodeCamp.

Crop Images Before Upload With JavaScript

Once suspended, brandonbawe will not be able to comment or publish posts until their suspension is removed.

Once unsuspended, brandonbawe will be able to comment and publish posts again.

Once unpublished, all posts by brandonbawe will become hidden and only accessible to themselves.

If brandonbawe is not suspended, they can still re-publish their posts from their dashboard.

Once unpublished, this post will become invisible to the public and only accessible to Brandon Bawe.

Thanks for keeping DEV Community safe. Here is what you can do to flag brandonbawe:

Unflagging brandonbawe will restore default visibility to their posts.