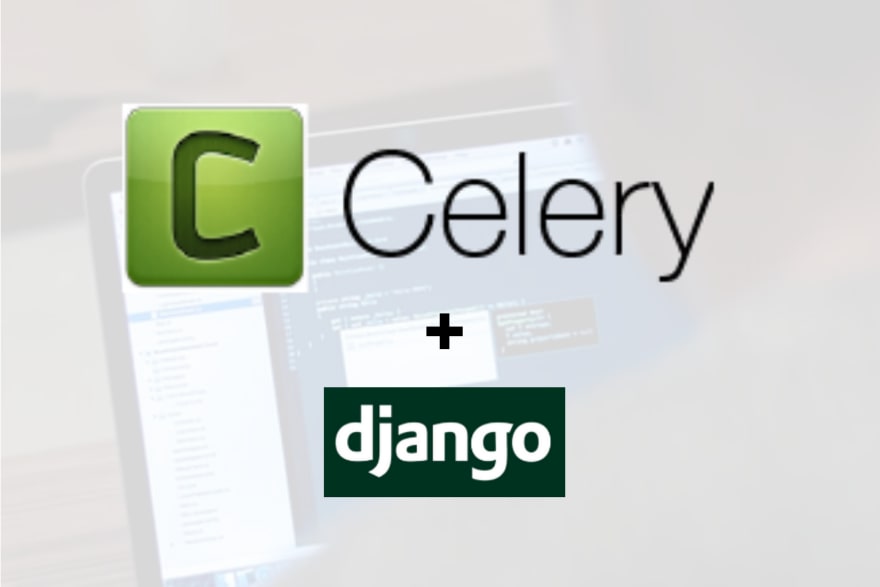 In the initial stages, Django web development starts really simple. The application has to respond only to HTTP requests.

But quickly, the application takes more responsibility for processing requests. Now, a distinction has to be made between the tasks that need to happen immediately and the tasks that can be executed eventually.

While request-time operations are completed in a single response/request cycle, background tasks are more time-consuming.

There are several tasks in Django for web development which are not instantaneous. Some of them include:

These tasks are not essential in Django development and can be executed gradually as time passes by. Since they are slow, they can’t be executed in the response/request cycle in Django web framework.

On top of that, there might be a need to retire these tasks at least once. Background tasks have to be executed on schedule.

Celery is widely used for background task processing in Django web development. With a simple and clear API, it integrates seamlessly with the Django ecosystem.

Celery is an asynchronous task queue/job queue based on distributed message passing. It is focused on real-time operation, but supports scheduling as well.

It is a python development package with features that enable us to implement:

Practical example of Celery include -

Suppose we want to send emails from our Django web application using celery.

At that time Celery communicates via messages, usually using a broker, to mediate between clients and workers.

Several Brokers that can be used are Redis, RabitMQ, SQS etc.. These are used to send the task (perform email send) to the Workers and Workers perform those tasks.

Hence, the server gives a quick response to the user and an email is sent via background process using celery.

Implementation of Celery using Redis as broker and Django Framework:

We have a project called VoiceChat, and we want to send an approval email(Non-Periodic Task ) to the user who has requested to sign up. Here, we have sent mail through celery and Delete Messages on Aws and database (Periodic Task ) using celery. 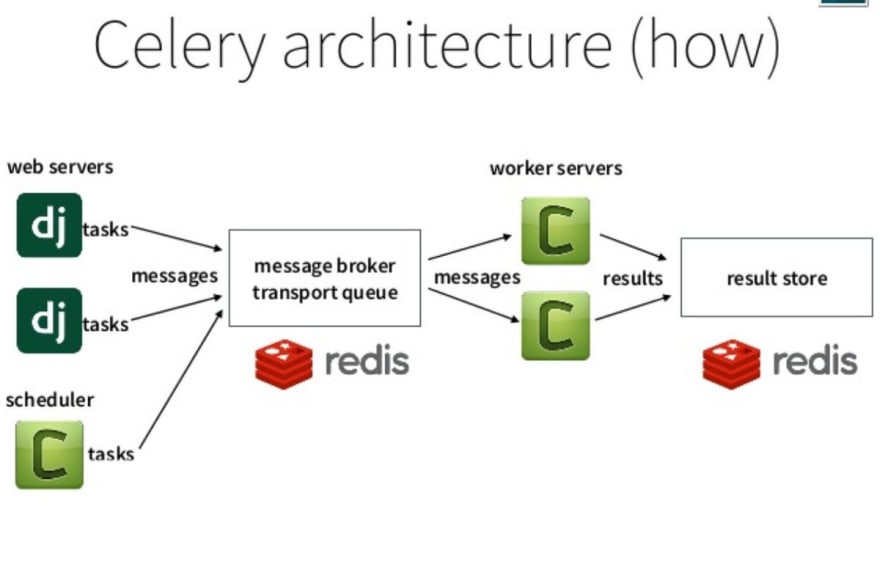 In this, we have a Virtual environment named chat_venv. Inside that, we will install celery and redis as a broker.

In voicechatproject/settings.py, we have added the following code.

In voicechatproject/celery.py, we have written the following code.

In voicechatproject/init.py we have the following code.

Thus, here we have done initial setup for celery and now we need to write the tasks which are to be performed.

Here we will send an email through celery

In request_access/tasks.py we have written the following code.

Now this task are called in request_access/signals.py

Thus, here the delay method is used to place the task in the queue and returns a promise that can be used to monitor the status and get the result when it's ready.

Here the delay method calls the specific task described in task.py in order to send the email.

Here we will delete messages on aws and in the database.

Now to perform periodic tasks, we have written message/tasks.py where we will delete the message on aws and in database with the following code.

In that, a word called Crontab is used where we have defined the periodic task to run every minute but you can also call periodic task on different crontab for that you can refer here

Run the Celery through terminal

In order to run celery we have used Redis as a broker and we have installed it using the following command.

Now in order to run the celery task, we need to first fire up the Redis server using the below command in the shell.

You can test that Redis is working properly by typing this into your terminal:

If using the above command we should get PONG as a result.

Now we need to start the worker and scheduler in the terminal.

You can deploy your django web development project as per the following link, and you would like to run the worker process through celery as follows.

We need an SSH for it to run, so enter the following command in the shell

After this we need to create the configuration files to the “/etc/supervisor/conf.d/” directory on the remote server inorder to inform the supervisor

So, we have created a local directory in our project root “VoiceChat” by name “Supervisor”.

Now in voicechatproject_worker.conf we have written the following code.

In voicechatproject_scheduler.conf we have written the following code.

Basically, these supervisor configuration files tell the supervisor how to run and manage our ‘programs’ (as they are called by supervisord).

Now just copy these files to the remote server in the “/etc/supervisor/conf.d/” directory.

We also need to create the log files that are mentioned in the above scripts on the remote server:

Run the following commands to stop, start, and/or check the status of the program:

Celery is extremely useful in Django development for background task processing. It allows you to keep time-consuming and non-immediate tasks outside the request time.

I hope that this blog serves as a good introduction to implementing Celery in Django web development and helps you save time on background task processing.

A Gentle Introduction to Reinforcement Learning