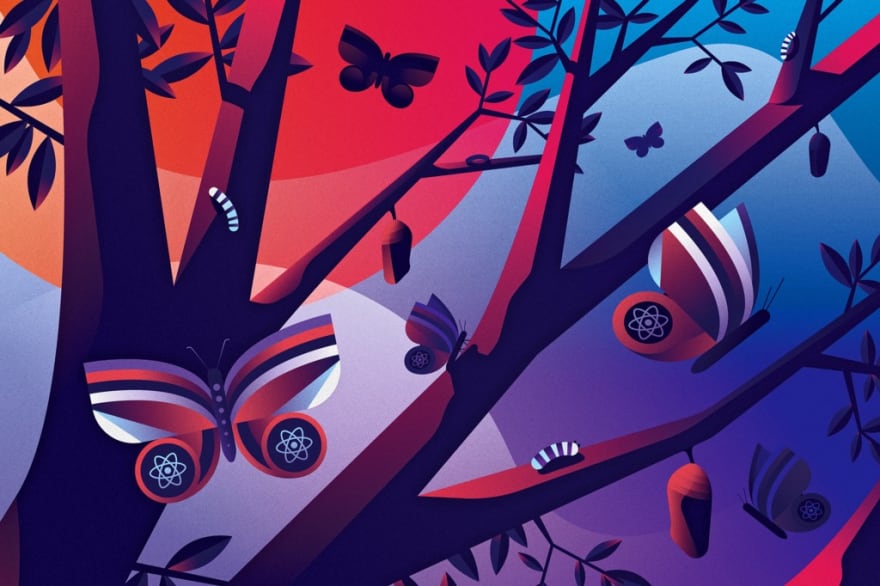 One of the most frequently overlooked principles of creating interactive UIs is transitions. Fortunately, over the last few years, React.js and other component-focused frameworks have changed the way we think about UIs and how we build them.

Before we go any further, this article assumes the following:

To install, run these commands in the terminal:

The CSSTransition component allows us to apply transitions to elements entering and leaving the DOM. We can achieve this by using the following props:

Below is our first example on how to use React Transition Group’s CSSTransition:

How the transition was created using CSSTransition

In the first code example, we had a normal component with no transition. This rendered an ordered list as soon as the list button was clicked, with no delay and no extra CSS styling.

But when we decide to give a little more life to this example, we install the react-transition-group while using the tag, and pass the information in this.state.showList as props to in, which enables us to add some transitions using CSS.

The timeout props allows us to apply a transition as the list leaves the DOM. We then head over to style.css to add some styles for the transition. CSSTransition gives us four key classNames to use for elements entering and leaving: enter, enter-active, exit, and exit-active.

Then, in these CSS classes, we can add some awesome (yet simple) CSS in the classes to make it look like the child component grows out of the button.

Note that in the code demo above, you will notice list-transition-enter and list-transition-exit-active have the same values because they are the starting and ending states of the components. However, the transitions only occur when the className is active.

Adding the appear prop to display transition on load

The initial state of the list is set to false. But what if we wanted it to display as the page is mounted to the DOM? We can achieve this by just changing the state of showList to true, but then the transition does not display using the appear prop as shown below:

Sometimes, if the application requires the transition to be disabled in some part of the component’s transition life cycle, we can do this in the component without editing the CSS or disabling the classNames. We do this using the enter and exit props like so:

We can use lifecycle props to target specific times in transition phases. These lifecycles do exactly what their names imply:

Let’s say we need to highlight the most important activity I like to do. We can highlight the color once the list is rendered and add a delay transition before the highlight. Then, our CSSTransition component becomes:

The this.listSwitch state is used to set a conditional class to the hobby we want to highlight. So when highlightedHobby is true, we’re going to get this active variant of list item:

When it opens, we see Writing JavaScript turn blue after a delay of 500ms, which is 100ms later than the transition of the list-item, and it goes back onExit. Since this occurs so fast, we can’t see it leave; but if you inspect the element using developer tools, you’ll notice it.

Using this code example, I will explain its use in creating interesting transitions.

From the code example, we can see that TransitionGroup maps over the favorite music array and returns each one with a CSSTransition component.

We have been using Vanilla CSS to implement our CSS transitions; now, we will refactor our CSS to become JavaScript objects. We will start by creating a styles.js file and turning our styles in objects, like so:

The above code snippet is then imported into our refactor.js as:

The implementation of the styles are done using InjectSheet imported from react-jss:

This gives us the classes props, which we can use to access the styling in style.js, like so:

Note that we use classNames here as opposed to className so we can supply multiple classNames.

The transitions are added by passing an object with enter_,_ enter-active_,_ exit_,_ and enter-active keys, and they’ll refer to JSS class names.

Smooth transitions make your application’s user experience more dynamic and welcoming to the end user. React Transition Group helps us achieve this with fewer lines of code that are easier to understand. Happy coding!

Should You Care About React Server Components?

How to Grow a Freelancing Business by Outsourcing