Put an infinite amount of info into AI Writing software, and editors will become extinct. Or will they?
We all know that infinite monkey theorem, right?

While the base theory underlying this goes back as far as Aristotle, Émile Borel was apparently responsible for the more modern interpretation.

I guess ultimately, it’s a silly theory because it can’t EVER BE PROVEN, right?

But given the infinite potential of things like AI and machine learning, we might ask, could it be applied to the notion of editing software eventually replace editors?

When I trained as an editor, not so long ago, it presented as a profession seemingly difficult to mechanise.

Sure, there are rules and patterns that, on the surface, might make editing look like the ideal candidate for automation, but there is also such a personal level of human-centred decision making and application, plus the often very personal connection editors forge with their clients.

In the ten years since I graduated, a slew of programs have sprung up to help writers improve their copy — from Grammarly to ProWritingAid to Hemingway to the much sexier in-built spellcheck function in Office, amongst others — and more and more people I know have started using them.

The question is, can these increasingly sophisticated programs replace a human editor?

I resisted using editing software for the longest time, mostly because I’m a proud word nerd and want to both keep my skills up and protect my profession!

However… about six months ago or so I succumbed to the temptation and started using Grammarly.

Mired in guilt, I dumped my first load of copy into Grammarly and let it do its thing.

If you’ve not used it, the free version pops up a menu, so you can set parameters around how Grammarly will check the copy you are working on. 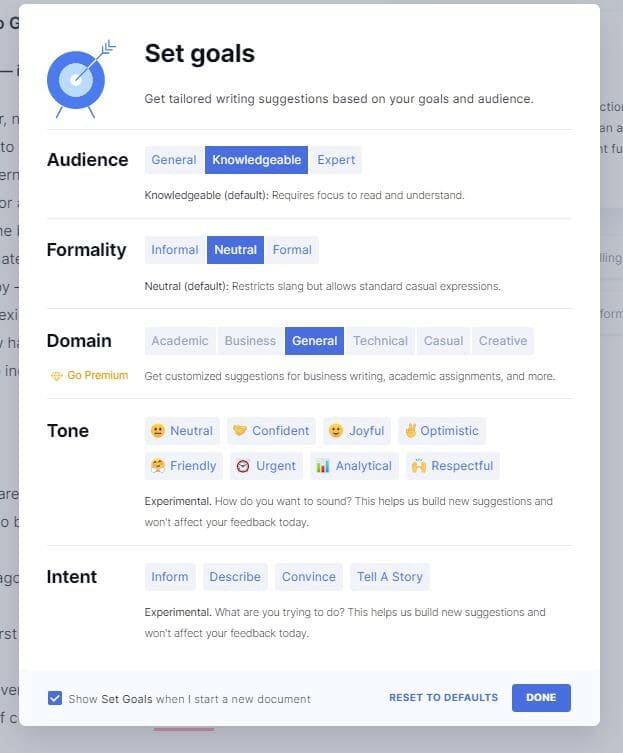 Once you set up your parameters, you then get scored and offered suggested changes. 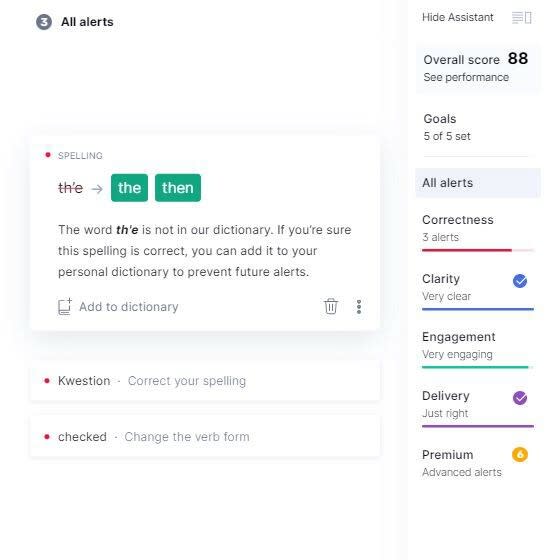 As you can see, it’s a clean, fun, easy-to-use-and-understand interface.

And. admittedly, that damned overall score at the top right is there to give your ego a fillip when you see it go up as you take on board the suggestions Grammarly throws up.

Given that I work as a copywriter and an editor, I quickly became a guilty user of this product, but I eventually dropped my guilt because even the very best editors have their own writer weaknesses and tics, easy to miss when editing your own work.

And then I discovered Pro Writing Aid.

Before you think “this dude is just shamelessly trying to promote these products”, think again.

Just trying to prove a point, is all.

I recently decided I would invest in the paid version of Grammarly, but before I did, I thought I’d check out the competition. I came across many programmes, but the one that seemed to be the most well-reviewed was Pro Writing Aid. I’m using it right now as I write this piece thanks to the nifty Chrome extension through which you can also activate a pop-out of the full free version, like this: 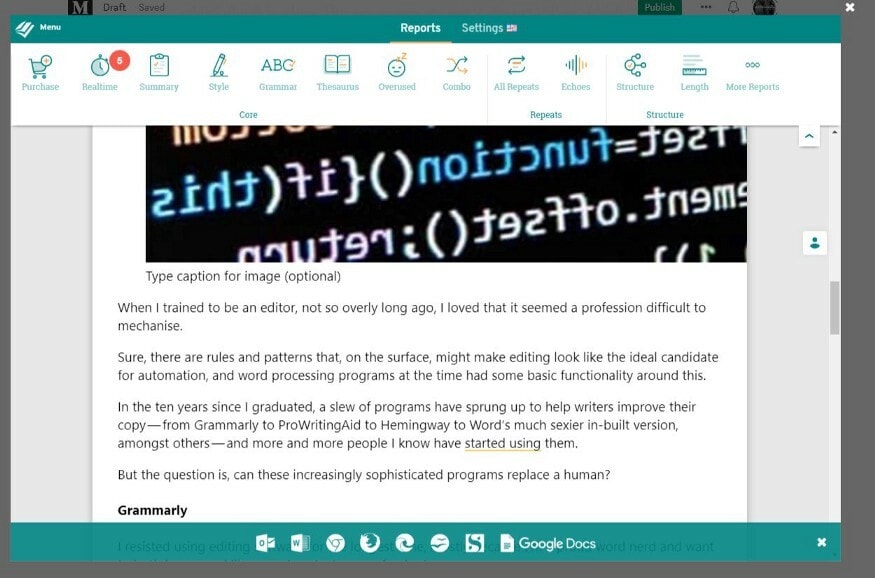 Definitely not as clean, modern or sexy as Grammarly, but the free version packs serious punch for nerd words who also have a fascination, like I do, with stats, analytics and reporting.

I won’t go into the details but take a look at it.

Does this mean editors are F$cked career-wise?

Software can never replicate what a good editor does, even if it can knock off some basics.

And double the NO because companies that want clean copy will always get smart and call on a human eye to look over anything they want to hit the public eye, although reading the news online some days, I wonder at this…

My editor’s eye will always be the final arbiter of copy before I publish it.

And triple the NO because I for one will never rely on software to do the guts of my job. I’ve found many issues with both these specific AI-driven editing tools, and no matter how smart the AI is in improving itself, or its programmers are in refining this kind of software, they can never replace the human-centred sensitivities we editors bring to our work.

The reason I held off using AI editing software for so long was a combination of professional pride and a fear of putting a stake through the heart of my industry. But using it now, and seeing the inherent flaws in it, makes me realise it’s kind of like having a young apprentice editor at your disposal to do the basic checks that you then run your eye over before finalising the copy.

(Although as any editor will tell you, it’s hard to EVER finalise copy…I always feel like I should or could do one last check…damn perfectionism!)

Bottom line: My keen editorial eye will always be the final arbiter of copy before I publish it.

However, we editors can remain agile, and work harder and faster and for more clients if we take these tools into our editor kits, even if they will never replace us, and in doing so we can stay afloat on the wave of digital disruption flooding our industry.

PS…if any of you need an editor right now…dang, did I just do myself out of a job or what?

Developing a Rasa chatbot in Okteto

How is AI used for business optimization?

Eric Darnell
Hi there! I'm Eric and I'm an experienced Content Marketer. I love to share what I learned with others and help them succeed in their endeavors.
An AI Software Able To Detect and Count Plastic Waste in the Ocean
#ai

Once suspended, blogging_99 will not be able to comment or publish posts until their suspension is removed.

Once unsuspended, blogging_99 will be able to comment and publish posts again.

Once unpublished, all posts by blogging_99 will become hidden and only accessible to themselves.

If blogging_99 is not suspended, they can still re-publish their posts from their dashboard.

Once unpublished, this post will become invisible to the public and only accessible to Eric Darnell.

Thanks for keeping DEV Community safe. Here is what you can do to flag blogging_99:

Unflagging blogging_99 will restore default visibility to their posts.