The frontend landscape changed quite a lot in the last years (hopefully for the better). Now there are tools and technologies that help us achieve great results pretty quickly and efficiently. Among those tools the combination of Vue.js and Tailwind stands out as it let's you build prototypes (and not only prototypes) super quickly and modify them very easily along the way. Moving fast and adapting to changes seems to be something people value quite a lot these days. In this article we're going to explore how we can build animated draggable interfaces with Vue.js and Tailwind. Below is one of the examples were going to build. If you just want to see the code, you can find it here.  Let's get started.

1. We're going to use Vue CLI to scaffold a new project. It will be a basic one with Babel and preprocessors support 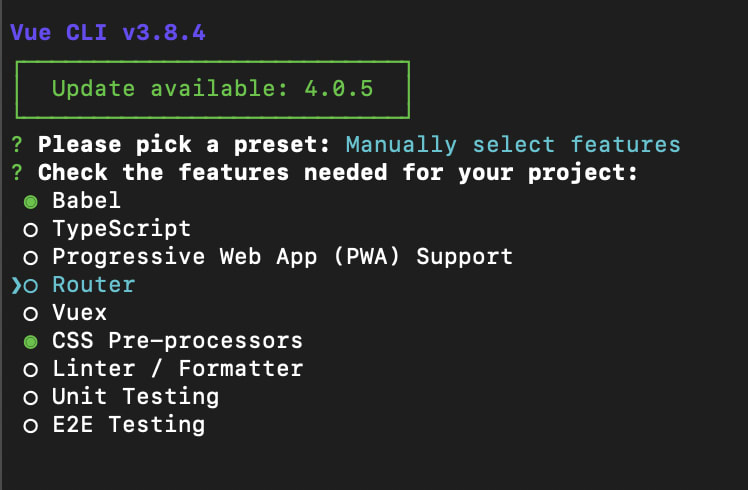 2. We're going to install tailwind css and configure it so we can use the @apply, @screen utilities in our css.

That's it! We're finished with the setup.

We're going to start with a nice list of users. It's very simple to do that with Tailwind and Vue. 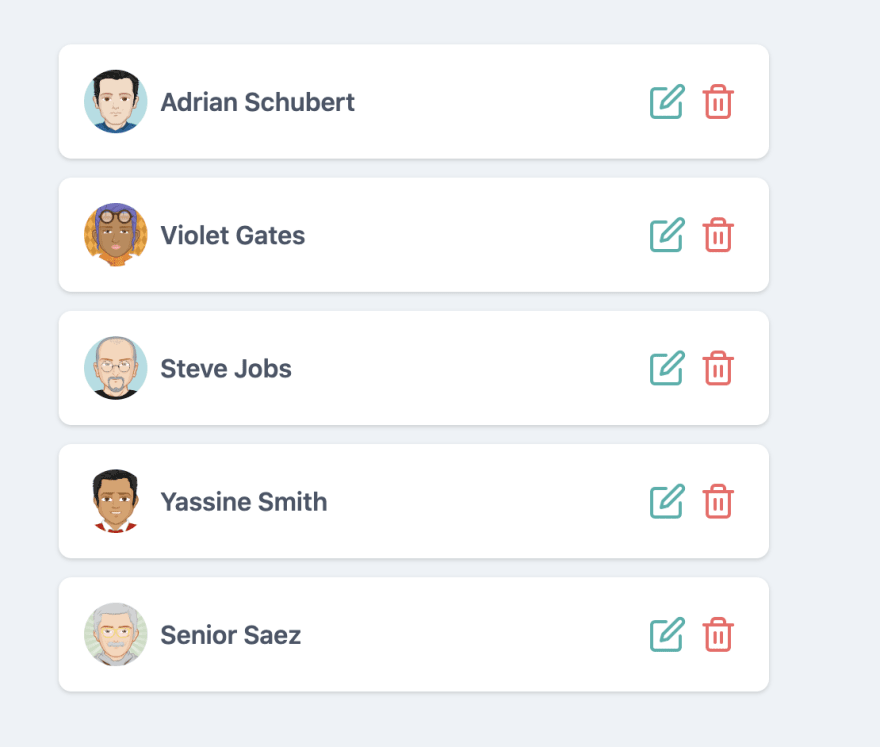 For simplicity we're going to have all the code inside App.vue file for now.

1. Layout and background. We're going to add a background to the page first and center everything in the page.

All the css classes we're going to use are from tailwind's default set of classes. You can find them in the documentation but most of them are pretty self explanatory.

2. Create the list and the cards. We're going to add a small array object to define our list.  Our users will be declared inside the data section of our App.vue file

Now that we have the users array we can create the list really quickly and iterate over the users to display the cards.

Alright but the list has no styles at all. We can fix that with some tailwind utilities. 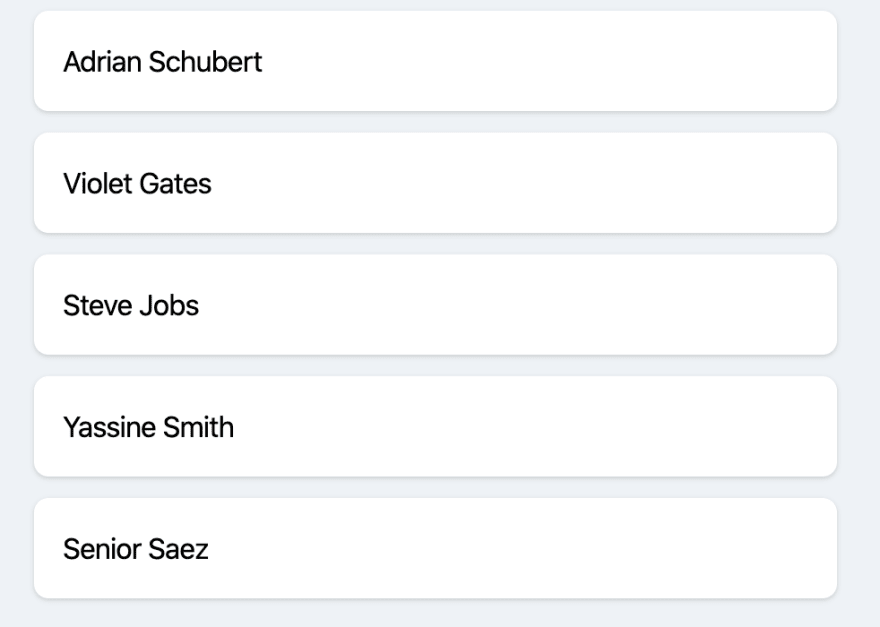 Make sure to install it npm install vue-feather-icons

Since we already have the avatar urls in our users array, it will be very simple to style the avatars. 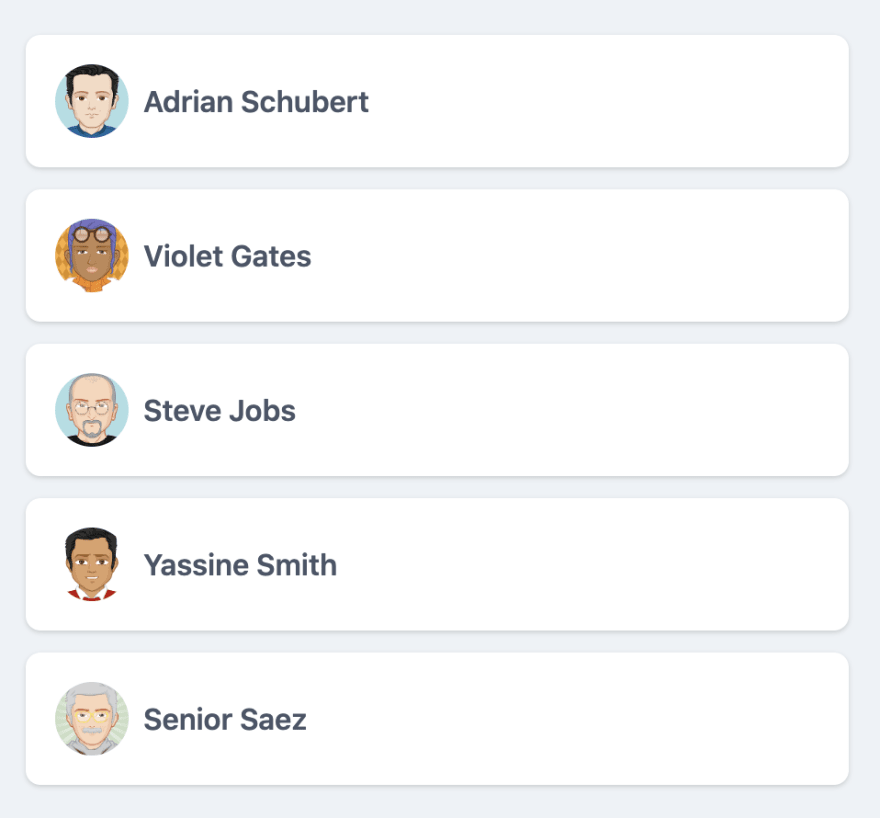 Last step before adding drag and drop support is to add those action buttons (which are optional) but we're going to do it for the completeness of the example.

We'll first add the icon components and some placeholder methods.

and then the html part for the action buttons

Our list of users is visually complete. The only missing part is the drag and drop support. 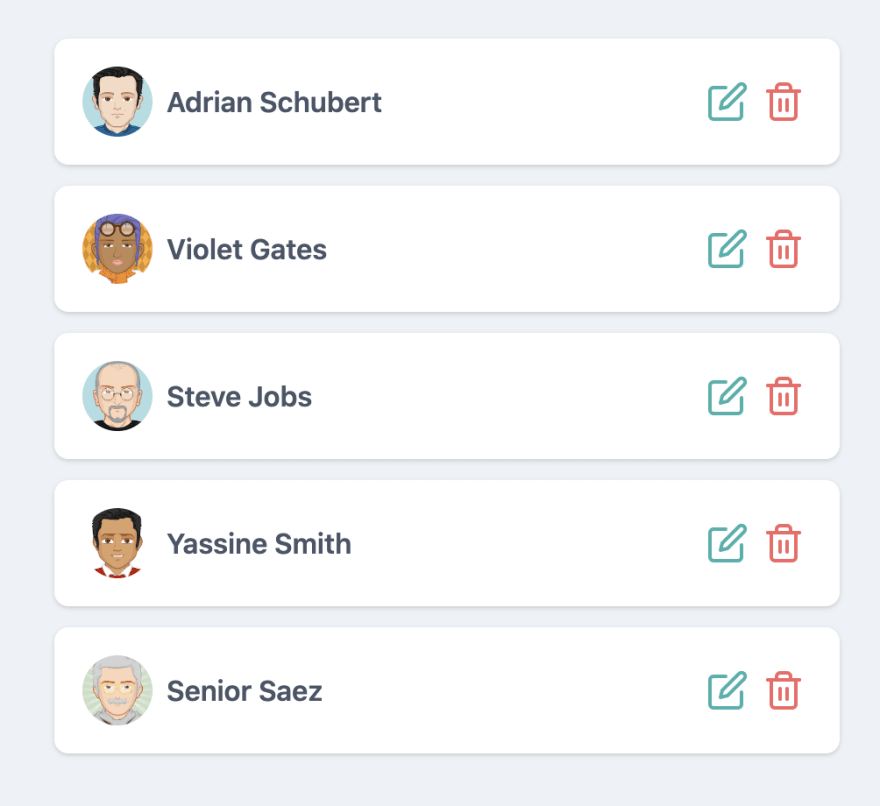 For drag and drop support we're going to use Vue Draggable which is an awesome library (wrapper over SortableJS) that exposes a component that you can use to make stuff draggable. It's perfect for places where you have full control over the HTML however when it comes to third party components or for example integrating it with a third party data table, it's better to use SortableJS directly.

Now in order to make our list draggable we just have to wrap our cards in this draggable component.

It is very important to reference the list we want to add drag support to via :list="users" prop so the draggable components knows that this is the list it should work with.

Although this is already a good progress we have a few issues: the UX is not great and there's an extra div placed inside our <ul> tag. That's because draggable creates an extra html element and wraps it around our list. Fortunately that can be fixed easily.

We can convert our draggable component into an <ul> tag and then delete our old ul tag.

Now we have support for smooth animations which is wonderful. We can go one step further and highlight the card that is currently moving. We can do so via a prop called ghost-class. Vue draggable will add this class to the moving element whenever we select an element and want to drag it. Let's name it moving-card. Also in order to improve user experience on mobile especially we will make sure that our cards cannot be dragged by using filter prop and filtering our our buttons. In this case our filter looks like this filter=".action-button" Our buttons should contain this class and vue draggable will ignore these elements so users can freely click on them without accidentally dragging the cards.

Now if you open devtools and drag one of the cards you'll see this class being applied to the moving card. We can use it to style the dragged card.

![undefined](https://cdn.buttercms.com/kBVKVuyAQLq6Ax7RcYsa)The styling in this case will be some reduced opacity and highlighted borders. We can use the tailwind @apply directive to do that inside our css

Now we have a complete example of an animated draggable list. The users list will automatically update it's object positions in the array whenever we move items inside it. For example if we move the first user to the last place, it will automatically swap contents of index 0 and index 4 in our array. You can find the full example here and also a separate github repository  where you can follow the git history for each of the steps above.

In some real scenarios we might have to drag elements from one place to another, for example moving a user from a group to another or moving tasks in a kanban board from a column to another.

We can achieve this really simply with the group prop from vue draggable. If you've made it this far then it means you already grasped some of the concepts above and we're going to move a bit faster from here one.

At this point if we want to move a user from a list to another, we won't be able to do that. In order to achieve this we have to specify that draggable components are part of the same "group" via the group property.

The name of the group doesn't really matter here. It has to be the same so vue draggable knows that it can accept items between the 2 lists.

You can find the full code here

An interesting note here is that the users are actually moved (deleted from first list and added to the second one). If you happen to need the behavior of cloning the users you can do so via a more explicit group configuration.

Also there are many useful events and props that you can find here  that can allow you to have further restrictions like not having duplicate items, disable moving of items in certain scenarios via the move callback and so on.

We have another cool example with a kanban board on our website that you can check out here that pretty much uses the techniques described above.

Hope you liked the provided examples and steps and feel free to comment with any suggestions or things that you might feel that are missing from this article. Cheers!

If you want to build a cool product or just want to chat, feel free to leave us a message

We are a bunch of tech nerds passionate about what we do. We help entrepreneurs and businesses build awesome products.

Use emoji as CSS Selector 😎💅

5 object methods you need to know in javascript

Starving with a Full Stomach

BinarCode
@binar_code
We are a bunch of tech nerds passionate about what we do. We help entrepreneurs and businesses build awesome products.
work
BinarCode at BinarCode
location
Cluj-Napoca
joined
Feb 12, 2020
More from @binar_code
Editable interfaces with Vue.js and Tailwindcss
#webdev #vue #javascript #tutorial