Being in step with the times and with technologies is now a must for any company or professional who knows they have to continuously update themselves not to become obsolete or to be a leader in their sector.

In particular, developers must continually keep up with the programming languages ​​and software that companies seek to compete in the market. Among the most requested programming languages, some are taught in school, while others more demanding are studied by a programmer when working in a company that requires that language.

In the following paragraphs, we illustrate the 10 most requested programming languages ​​in 2020. 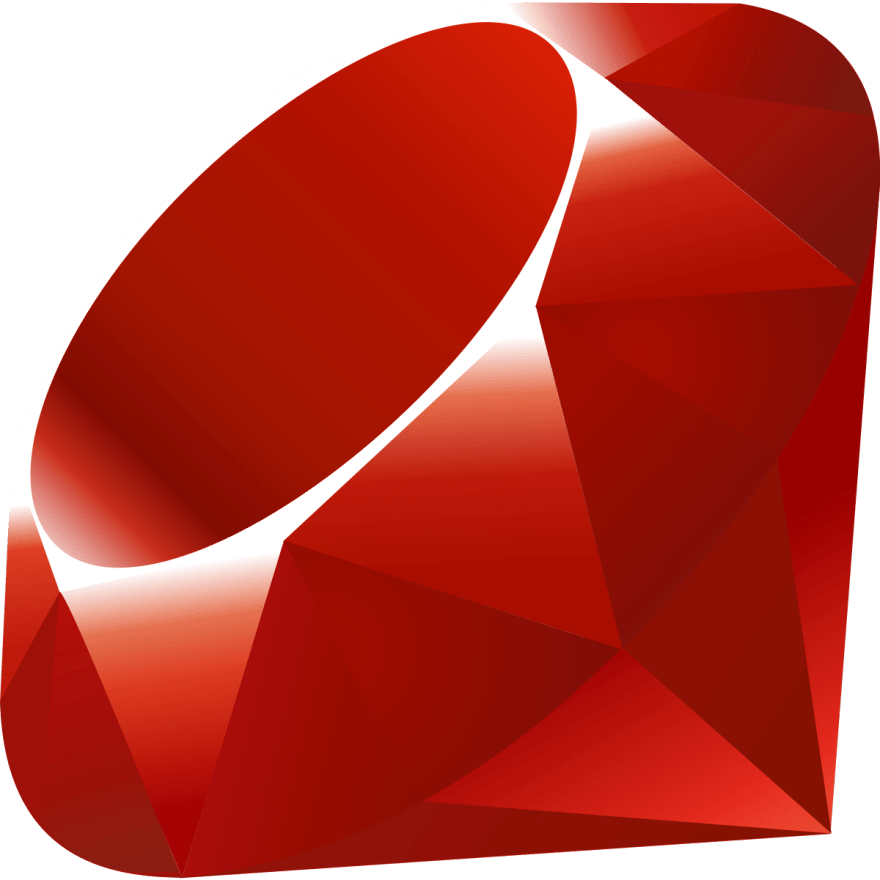 10 - Ruby
Ruby is an object-oriented programming language widely used by the web and by Apple. It is highly appreciated because the syntax is intuitive and easy to understand and study. It is, therefore a simple language to learn but which at the same time is used for modern software projects of any size.

Some examples of applications written in Ruby are:

Metasploit: framework used for exploitation;
Rails: an open-source framework for web applications born and established in 2006
Type: a blog engine
Ruby is considered, for its simplicity, among the first languages that a programmer should learn to quickly practice the theory studied in books. 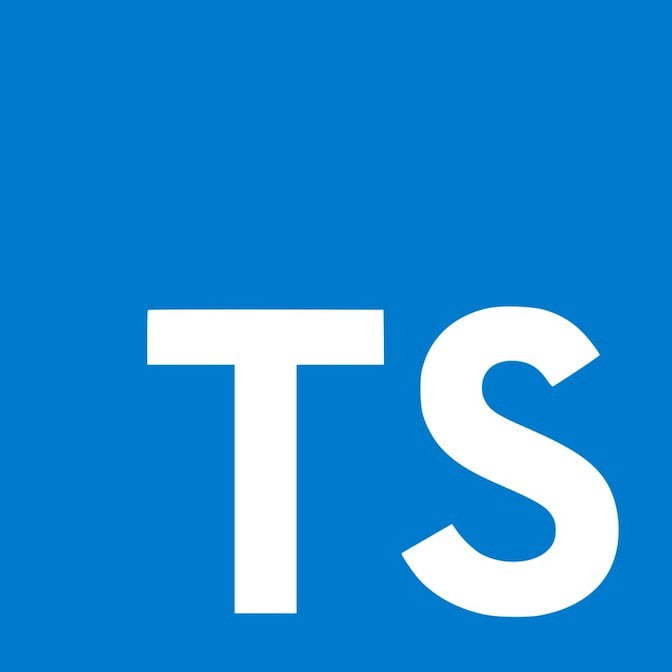 9 - TypeScript
From the name of the Typescript language, its purpose is understood: “a JavaScript with the optional support of narrow typing” whose compilation generates JavaScript code. It is a language created by Microsoft and any application written in TypeScript can then be converted into JavaScript through a compiler called transpiler. 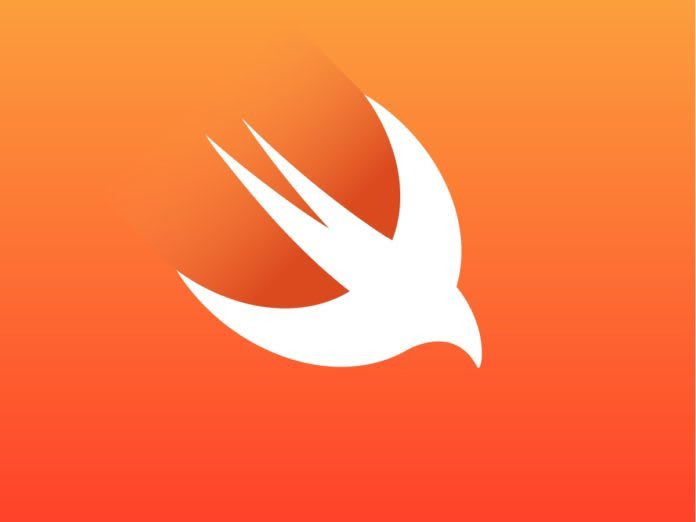 8 - Swift
Swift is one or the most requested programming languages object oriented and made by Apple to develop iOS, MacOS and iPadOS. It is a recent language, presented in 2014 by Apple to replace Objective-C, the language used until then to develop applications by Apple developers.

Swift is a simple and easy language to learn even for those who have just entered the world of developers. Above all, it has some characteristics of the best programming languages such as C #, JavaScript, Python, Rust and Go. 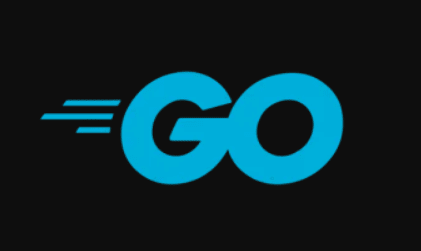 7 - Go
Go is an open-source programming language created to develop cross-platform applications and software. It was designed to reduce the slowness of software development at Google and make processes more productive and scalable. The language was designed to manage, develop, debug and maintain large software systems; moreover it is a simple, fast language and in some respects fun to use. Stackoverflow in 2019 called it one of the most interesting programming languages in existence.

To illustrate the power of Go, let's show some names of companies, startups or organizations that use Go for some projects: 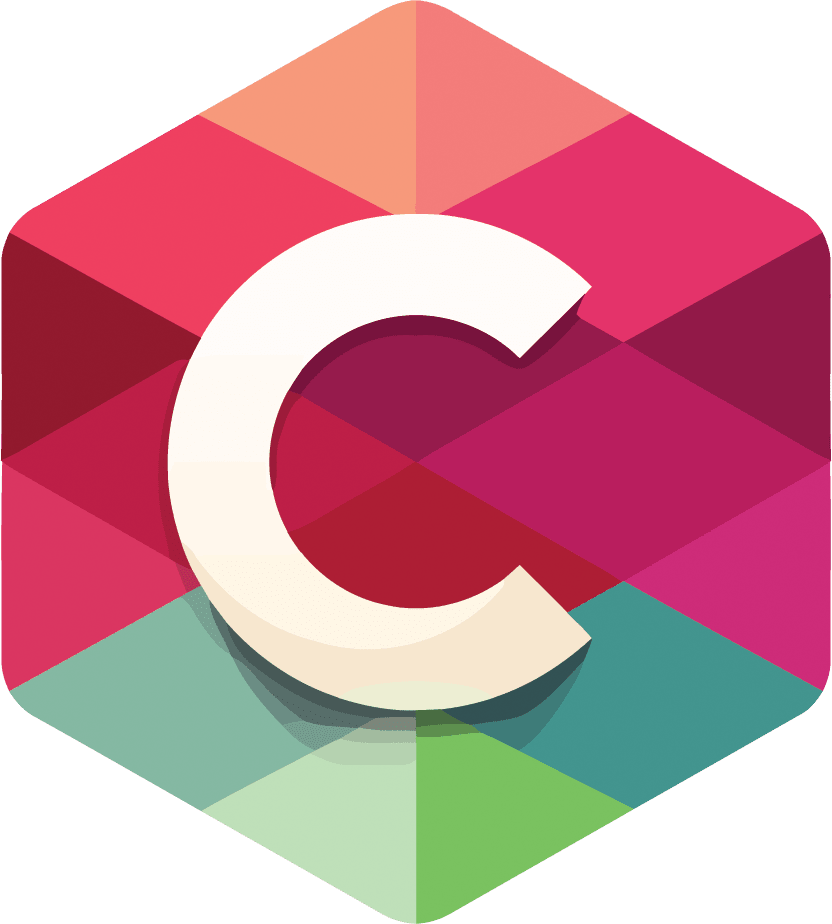 6 - C / C ++
These are two programming languages known to any developer. They were developed in the 1970s and are still among the most requested and most used programming languages. They are the basis of Operating Systems, applications, browsers and video games and despite not having been born recently, the search for C and C ++ programmers is always growing.

The expansion and development of IoT devices has certainly helped develop these two programming languages as many chips in smart devices are programmed in C and C ++ to ensure optimal performance. 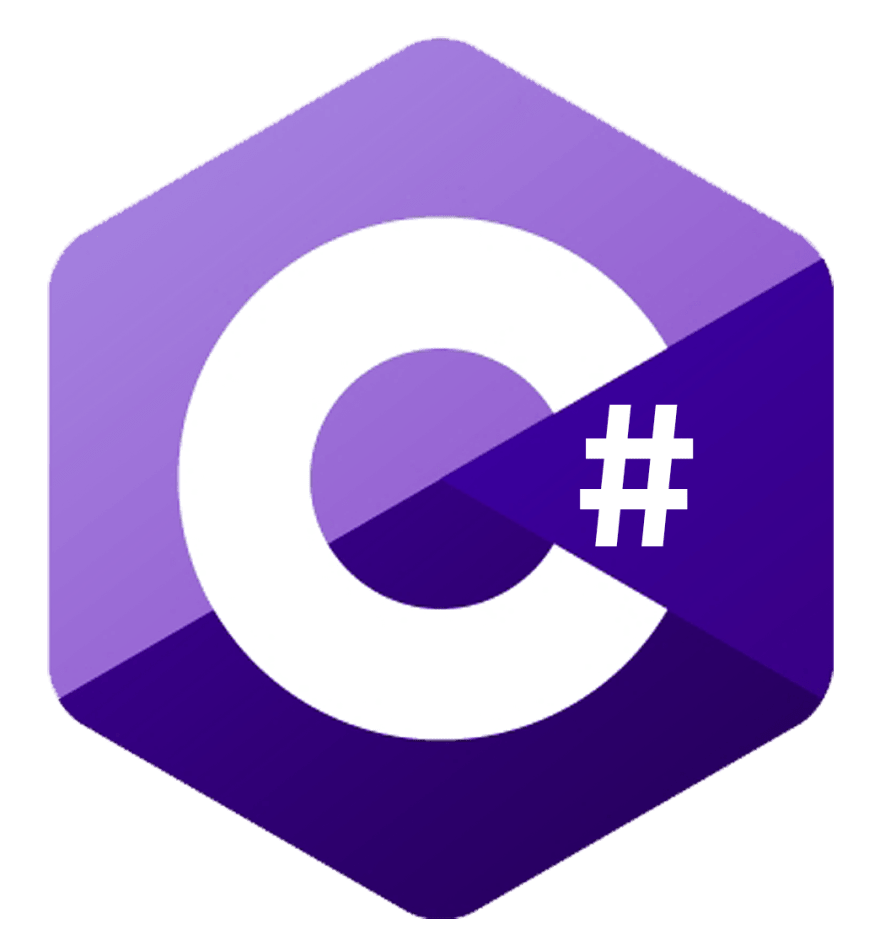 5 - C #
C #, pronounced C sharp, is one of the most requested programming languages and it is an object-oriented language developed and maintained by Microsoft similar to C ++ and Java, in fact the phrase that accompanies it since it was born is "an easy language like Java, powerful like C ++ “.

It is one of the best technologies for manipulating objects of the .NET framework. Even for this language the requests of experts are certainly not long in coming, therefore, given its enormous diffusion, it will surely allow those who know it to quickly get job offers. 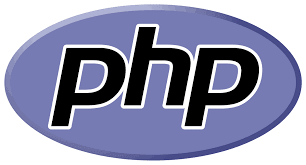 4 - Php
It is the most widely used open source programming language for server-side web application development. The name means "Personal Home Page" and represents an alternative to Microsoft's ASP. It is a simple tool to use even to realize complex projects, such as the creation of server-side back-ends to be integrated into Web and mobile applications.

Therefore, its purpose is to reside in a remote server that interprets the information received from one or more clients, processes it, and returns a response to the client. PHP is used both via command line scripts and for applications with a graphical interface. Following the latest implementations PHP has become even faster and more performing, making it climb the rankings of the most requested programming languages. 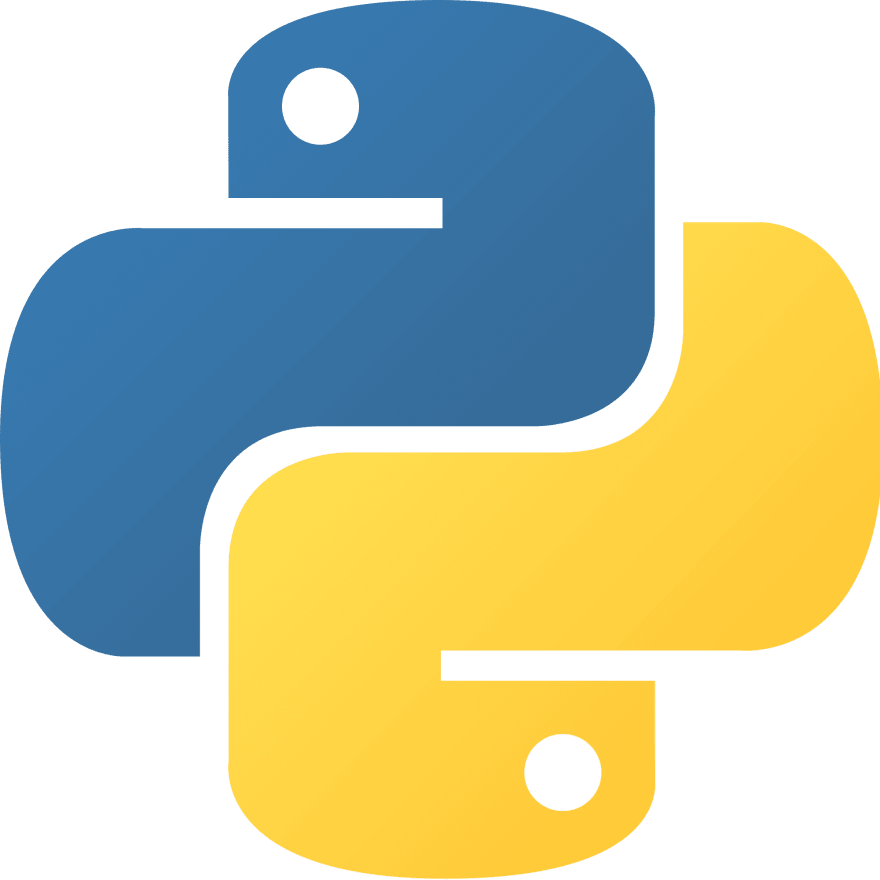 3 - Python
It is one of the most used programming languages in the world above all thanks to its simple and at the same time powerful syntax as well as to the multi-platform support. The community that uses Python is very active and for this reason even those who start a path with this language are certainly helped from this point of view.

The wealth of libraries makes Python an optimal technology for a variety of projects ranging from networking to the web or machine learning. The strengths of Python are therefore:

It's free
It is multi-paradigm
It is easy to learn and use
Automatically manages memory through garbage collection
These are just some of the features that make Python a very used language in many fields and place it third in the podium of the most requested programming languages. 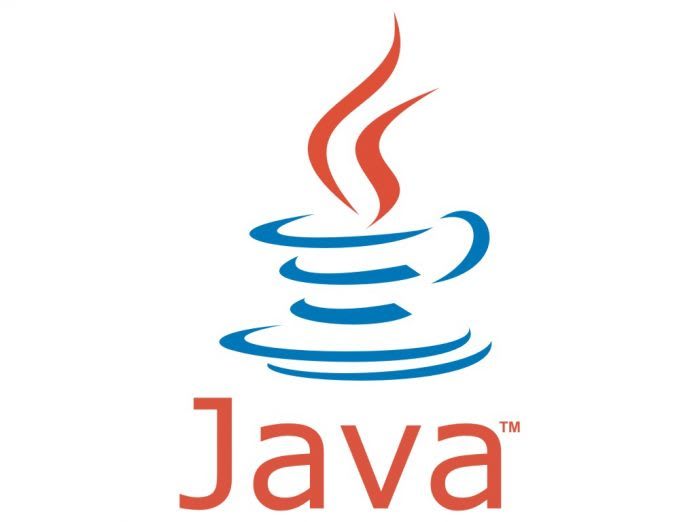 2 - Java
On the number two step of the podium of the most requested programming languages ​​we certainly find Java. It is an object-oriented language created to solve two major problems:

it had to be simpler than C ++ for both writing and managing written code
it had to allow the creation of programs not related to a specific architecture
Java also uses a memory management system called "garbage collection" which therefore serves to use only the memory necessary for the running program. To date it is certainly one of the most popular languages ​​used and required to develop quickly and solidly.

There are several frameworks for programming in Java and therefore it is convenient because it is a cross-platform language designed to be used independently on multiple platforms. Java is also the language mainly used by Android and therefore, is used to develop mobile applications and games. Job offers for those who know or learn such a language are certainly not long in coming. 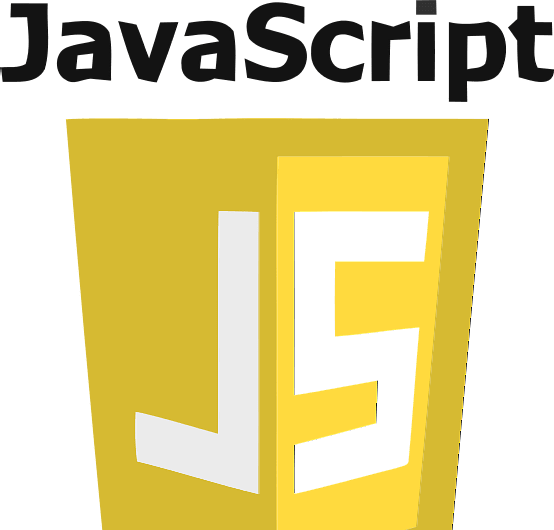 1 - JavaScript
JavaScript awards the first place on the podium of the most requested programming languages. It is the main language used for web applications. It is widespread in both mobile and server or desktop areas and its wide use allows those who know it to be able to work in various programming areas.

Another important reason behind the widespread use of JavaScript is the emergence over the years of numerous libraries created to simplify programming on the browser. Therefore, it was developed mainly to run on client and front-end coding, but now it is also being used for back-end use since thanks to NodeJS, you can execute JavaScript code on the server-side. JavaScript is also used to develop games or web applications. It is therefore an all-around language.

I coded a ASCII art generator in Node JS

How to upload files with PHP correctly and securely

BasitAli-Developer
Hi, My name is Basit Ali i am a digital marketer at https://www.researchprospect.com/ .
Top 10 Javascript projects for Resume 🚀🚀
#javascript #devops #programming #codenewbie
VS code Plugins and built-ins to boost productivity (with previews)
#webdev #vscode #codequality #productivity
April 16th, 2021: What did you learn this week?
#weeklylearn #discuss #weeklyretro