"Blueprint for creating a docker image"

Docker image consists of read-only layers each of which represents a Dockerfile instruction. The layers are stacked and each one is created by the change from the previous layer. For example, if I create a base layer of ubuntu and then in second instruction I install Python it will create a second layer. Likewise, if I do any changes by the instructions(RUN , COPY , ADD) it will create a new layer in that image.

Containers are read-write layers that are created by docker images.

In simple words, a Dockerfile is a set of instructions that creates a stacked-layer for each instruction that collectively makes an image(which is a prototype or template for containers) 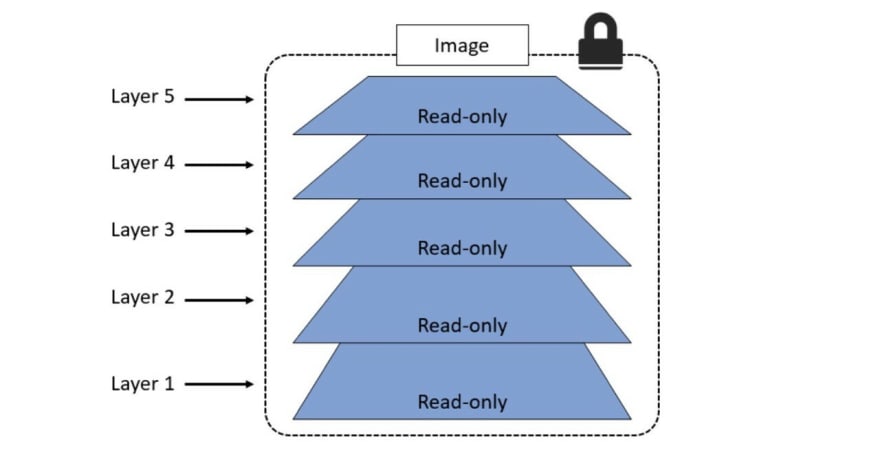 Each instruction creates one layer:

FROM creates a layer from the ubuntu:18.04 Docker image.
COPY adds files from your Docker client’s current directory.
RUN builds your application with make.
CMD specifies what command to run within the container.
Let's see this demo example of Docker layer architecture- 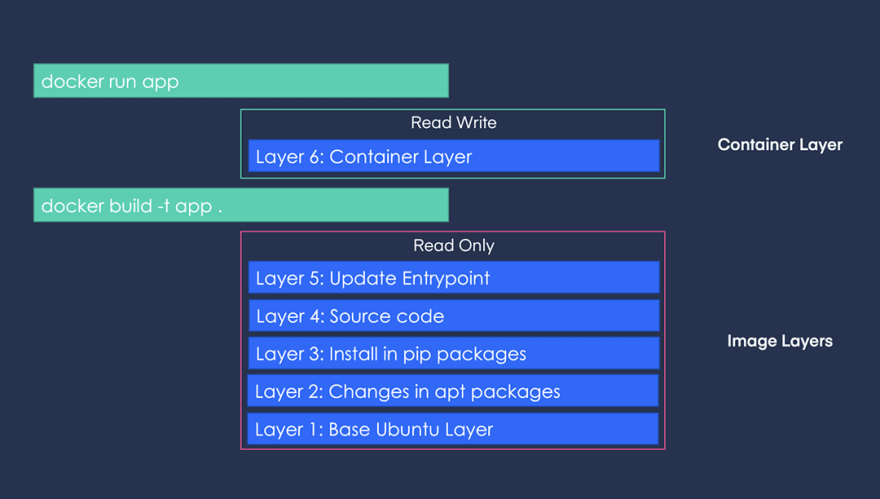 All three instructions (RUN, CMD and ENTRYPOINT) can be specified in shell form or exec form.

Exec form
This is the preferred form for CMD and ENTRYPOINT instructions. ["executable", "param1", "param2", ...]

Difference between RUN,CMD and ENTRYPOINT?

RUN - RUN instruction allows you to install your application and packages required for it. It executes any commands on top of the current image and creates a new layer by committing the results. Often you will find multiple RUN instructions in a Dockerfile.

Prefer ENTRYPOINT to CMD when building executable Docker image and you need a command always to be executed. Additionally use CMD if you need to provide extra default arguments that could be overwritten from command line when docker container runs.

Choose CMD if you need to provide a default command and/or arguments that can be overwritten from command line when docker container runs.