Serverless computing is a relatively new concept in cloud computing. It's been around for less than a decade, but it's already making waves in the world of Information Technology. And it doesn't look like things are going to settle down anytime soon! Serverless computing means that developers can create applications without having to worry about managing infrastructure, which makes it perfect for projects that require more flexibility than traditional cloud options provide.

What is serverless computing?

Serverless computing is a cloud computing model that enables developers to build and run applications and services without having to worry about the underlying infrastructure. Unlike traditional virtual machines, serverless computing allows the developer to simply focus on their code and not have to worry about provisioning servers or maintaining them once they are in production. In this context, serverless refers to the fact that when you deploy your application it still gets loaded onto a computer somewhere but you do not need to think about how it will be running—you just write your code! The infrastructure is managed at least partially by an external service provider which means that they take care of scaling up or down based on the demand. 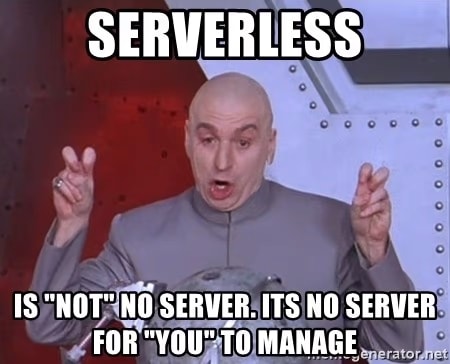 If you are building a service or website which requires a backend, as in not a static site, there are only two choices you can choose from. You can either build your own server and operate it yourself or use someone else's servers and go through an API to communicate with it.

Serverless architecture is an emerging technology in web services. While it existed prior to 2013, Amazon popularized the term serverless computing with AWS Lambda, their implementation of functions as a service (FaaS). Serverless architecture is an application type where software and its associated infrastructure are provided as a fully managed service, meaning that others provision and scale the “servers” used in running such applications.

Serverless computing is a cloud computing paradigm in which the cloud provider fully manages the operating system, storage, and network infrastructure that runs the application. It differs from other forms of cloud computing in that it does not use virtual machines (VM), but instead uses containers or functions. Serverless computing is not a new concept; it's been around since before AWS Lambda was released. However, recently this technology has seen an increase in interest: according to Stack Overflow surveys, serverless technologies have risen to become one of their most popular developer tools today.

Serverless architecture/computing allows you to build and run applications without having to worry about servers or infrastructure management by using pre-built services called functions. You can think of these functions as small units within your app that perform certain tasks when triggered by events like user actions or requests from apps.

The future of serverless computing

How will serverless computing evolve in the future? It's hard to predict it, but here are a couple of things we do know: First, it'll only add more complexity to cloud infrastructure and give developers even more options for building applications. Secondly—and perhaps more significantly—the new standard will likely cause developers to change the way they interact with their backend services, as well as provide them with new ways of accessing data that is stored in the cloud. Third, this change will take time to implement—there are still many challenges that need to be addressed before consumers and businesses adopt serverless computing. However, with all of these possibilities ahead of us—and considering how fast technology has been evolving lately—it's impossible not to think about what could happen next.

Serverless computing—which is also known as fixed resource allocation computing—is a relatively new technology that has been gaining ground in recent years. As previously stated, serverless computing is a critical component of next-generation cloud infrastructure. The ability to run applications without having to worry about the underlying hardware or software may have driven this adoption and is likely here stay for a while.

Although many people still associate serverless computing with AWS Lambda, there are other services that also allow you to build applications without thinking about servers: Google Cloud Functions and Azure Functions both offer similar functionality.

There are even companies, like Metacall—which is fully open source and make it easy for developers to add serverless capabilities on top of existing application architectures (e.g.,Node.js, Python , Ruby, C#, and more) 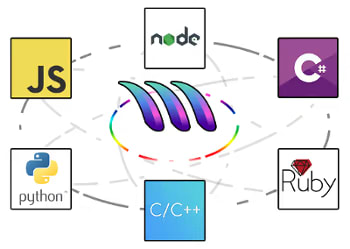 Why do we need it? Advantages

Serverless computing is a cloud-based architecture that allows developers to build and run applications without worrying about the underlying infrastructure. Serverless offers several benefits including:

Bare metal vs. Virtualization vs. Containerization vs. Serverless Computing

In this section, we'll take a look at each of these options and compare their pros and cons.

Serverless computing is going to be very cheap..

Unlike traditional cloud computing, serverless applications don't require you to buy or manage servers manually. The application vendor provides the necessary resources and scales the application automatically as needed. You don't have to worry about provisioning or managing capacity—it's all handled by the vendor.

Serverless computing can be used for any number of applications, including APIs and web services that need to respond to requests quickly. But it isn't just for developers anymore—businesses are starting to realize its benefits as well.

The biggest benefit of serverless computing is that it drastically reduces your operating costs by eliminating infrastructure management entirely. It also makes it much easier to make changes in your application because you aren't dependent on configuration files and other tools that require manual updates when you want to make changes in your code base.

The development process will become snappier and more efficient.

The development process will become snappier and more efficient. When you’re not running your own servers, you don’t have to worry about scaling or managing them. If a server has a problem and goes down, it can be brought back up quickly without affecting other parts of the system. The developer is freed from some of the technical overhead that comes with managing these machines by themselves.

Serverless computing will become more common as cloud services increase. Cloud computing is being used by more people than ever before, and it's only going to get more popular as time goes on. Cloud computing makes sense in some cases, but not all of them. In order for cloud implementation to work well, you need an understanding of the technology behind it so that you can make wise decisions about which workloads are best suited for it. Just like how we use our developers' skillsets selectively based on their expertise levels and areas of interest/experience (and depending on whether they're working with us or someone else), so too should we treat this new technology as something that has its own pros and cons—not just because everyone else has adopted it doesn't mean there's no room for improvement!

While serverless computing is still in its early stages of adoption, it's likely that this trend will pick up steam as cloud-based services become increasingly popular—just like how cell phones transformed from clunky devices into sleek gadgets capable of doing many things.

Serverless computing is going to change the cloud landscape in a number of ways. It will make application deployment and management easier, it will allow applications to scale more quickly and efficiently than before, and it will enable developers to focus on what they do best—building great software! The fact of the matter is that serverless computing has already taken hold, even if its use is still limited at this time. But once it becomes more widely adopted by companies seeking to migrate to the cloud, there will be a large number of serverless services available for developers and business users to choose from. The implications are dramatic, and we are still watching them unfold. But one takeaway from this is that the cloud universe is very different than the world we live in today and that it's going to keep changing in ways no one can predict—and yet there are things we can do now to prepare ourselves for future changes.

Once suspended, aviyel will not be able to comment or publish posts until their suspension is removed.

Once unsuspended, aviyel will be able to comment and publish posts again.

Once unpublished, all posts by aviyel will become hidden and only accessible to themselves.

If aviyel is not suspended, they can still re-publish their posts from their dashboard.

Thanks for keeping DEV Community 👩‍💻👨‍💻 safe. Here is what you can do to flag aviyel:

Unflagging aviyel will restore default visibility to their posts.