Inspired by some of the comments in the thread about people's worst interview experiences about big tech company interviews, I thought that it would be a great idea to start a conversation with questions about interviewing at the big tech companies and answers from people who have interviewed with them. 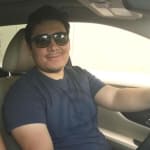 What was your worst interview experience?

I've only done one "big 5" interview, I'm more of a startup person and can't see myself working at one! That being said, here are some notes that I took while prepairing for that interview almost two years ago! I would also highly advise you to get really comfortable with graph traversal problems because those seem really popular now. That being said, it was my first experience with technical interviewing (went straight into the deep end!) and didn't make it too far!

I've gotten recruited a few times from a couple of the big 5 companies as well. One was (I think) because I did okay in Google's Code Jam competition (that was the one time I accepted an interview), I've also gotten invited to FooBar through searching Python stuff so if I wanted I could have completed the challenges and interviewed through that I think. I've also been recruited by other big 5's through my LinkedIn, because of my blog, and due to open source contributions.

Again, I'm probably not the best to give advice here, but I will where I can and hope that others will chime in too!

Ask questions and leave your thoughts about big tech company interviews below!

How do you get out of procrastination in your carrer?