For my 3rd contribution, I decided to go with a project that I'd frequently used as an end user in the past, runelite. Runelite is an open source client for Old-School Runescape, which almost every player uses. The client features a bunch of helpful plugins that enhance the user's experience over the default, plugin-less, base client.

I looked through the issues and was able to find a feature request I found interesting.

Working on the Issue

Following the project's CONTRIBUTING.md, I set up a local instance and got to work.

After using the NPC Indicator plugin as a reference, I was able to figure out how to add new settings to plugins.

I started by looking for where these colours were being passed to render the highlight. I was able to figure out that the renderPolygon function was the final destination in all 4 plugins. I passed the fill colour object to this function and it worked! I just had to repeat the steps for the other 2 plugins.

Or so I thought.. Turns out, the Object Indicator plugin has a feature that "remembers" the colour set at the time of marking. This means, if you highlight/mark an in-game object, then change the colour of the highlights, only future highlights will have the new colour.

The Ground Item plugin, which highlights items on the ground based on price, was also not as straight-forward as I thought. I learned that after finding an item on the ground, the plugin took the item's price, ran it through the getHighlighted function, and returned a Color object which denotes the price range. Because I wanted the fill colour to also line up with different price ranges, I had to either make a new function the returns a fill colour, or alter the getHighlighted function to return an object that contains both. I opted with the latter because It'd save time by only checking the price once.

To do this, I added a fillColor attribute to the PriceHighlight class, which contains information on each highlighted item.

Then, I altered the getHighlighted function to return a PriceHighlight object, which would contain the item's information including fill and outline colours, depending on price. I then added a function called getItemFillColor that checks if the PriceHighlight object should be coloured differently based on plugin settings. This mimicked the already existing getItemColor function.

After making sure each plugin is fully functioning, I submitted my pull request, which at the time of writing, still hasn't been reviewed. 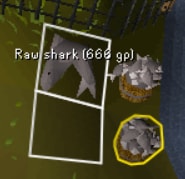 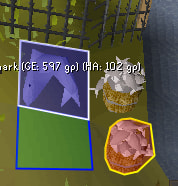 What Are DApps: A Complete Guide To Decentralized Applications

Lagoon and the CNCF - What’s the Plan?