We're building Appwrite, an open-source Backend-as-a-Service (BaaS), packaged as a set of Docker microservices, to give developers of any background the tools necessary to build modern apps quickly and securely. Come chat with us on Discord.

I can't function without Brew!

Brew.sh is "The Missing Package Manager for macOS (or Linux)". I couldn't agree with the tagline for this open source project further. To install anything on my machine all I need to do is run this simple command brew install.

Homebrew installs the stuff you need that Apple (or your Linux system) didn’t.

I even use it to install other package managers like npm

Do many people use brew?

If you look at this years top 50 installs. 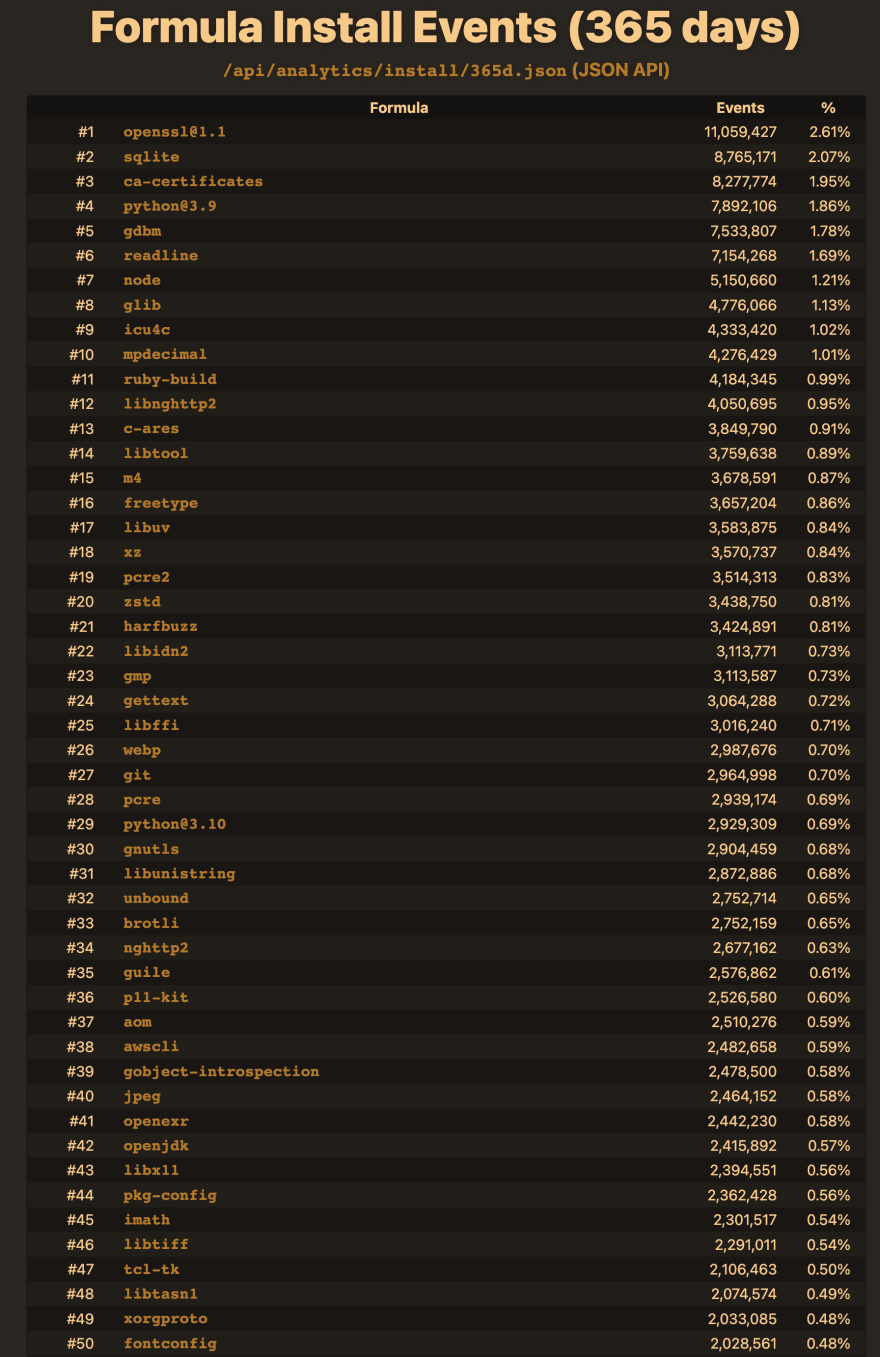 At time of writing this post there are almost 33,000 stars and 7,800 forks, and a massive 847 contributors. While I don't like writing Ruby myself if you are into it you should check out if you can solve any of the issues.

Why did I pick Brew?

For a tool that I use daily (or at least monthly) I couldn't imagine trying to exist as a programmer on Mac or Linux without it. Plus I love their sponsorship reasoning below.

Homebrew is a non-profit project run entirely by volunteers. We need your funds to pay for software, hardware, hosting around continuous integration, maintainer contributions, travel to conferences and future improvements to the project. Every donation will be spent on making Homebrew better for our users.

Appwrite is an open-source Backend-as-a-Service (BaaS), packaged as a set of Docker micro-services, to give developers of any background the tools necessary to build modern apps quickly and securely.

Chat with us on Discord, or, Learn more about Appwrite:
Check out Appwrite as the backend for your next web, Flutter, or server-side application. Here are some handy links for more information:
• Appwrite Contribution Guide
• Appwrite Discord
• Appwrite Github
• Appwrite Documentation