TLDR: This blog post was automatically generated using ChatGPT from OpenAI and the prompt "Write a viral blog post explaining why software engineers should and shouldn't be worried about AI taking over their jobs".

It was inspired from this blog post by Brendan O'Leary 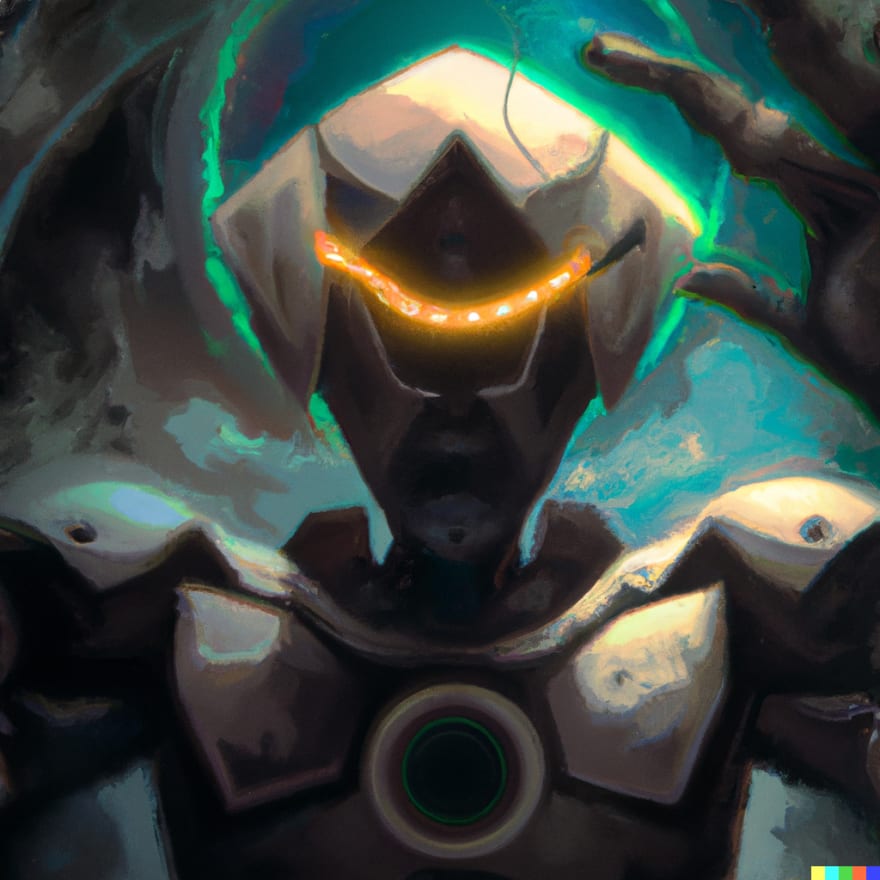 The images used in this post were also created by AI from DALL-E 2 with the prompt "A dystopian painting of an evil robot with a mean face destroying the world from space".

As a software engineer, you may be worried about the potential for artificial intelligence (AI) to take over your job. After all, AI has the potential to automate many tasks and make decisions faster and more accurately than humans. But before you start panicking, it's important to understand the realities of the situation.

First of all, it's important to recognize that AI is still in its early stages of development. While it has made incredible strides in recent years, it is still far from being able to fully replicate the complex problem-solving abilities of a human software engineer. This means that it is unlikely to replace software engineers in the near future.

In fact, the rise of AI is likely to create new opportunities for software engineers. As AI becomes more advanced, there will be a growing need for engineers who can design and develop the algorithms and systems that power AI. This means that, rather than being replaced by AI, software engineers will be in high demand to help build and improve upon it.

Another reason not to worry about AI taking over your job is that the rise of AI is likely to lead to the creation of new types of jobs that don't even exist yet. As AI becomes more integrated into our daily lives, it will create new industries and markets that require the skills of software engineers.

But it's Not All Good News

But it's not all good news. While the rise of AI may create new opportunities for software engineers, it also has the potential to automate certain tasks and make some jobs redundant. This means that software engineers may need to adapt and learn new skills in order to stay relevant in a rapidly changing job market.

In conclusion, while the rise of AI may be a cause for concern for some software engineers, it is also likely to create new opportunities and industries that require the skills of software engineers. Rather than being replaced by AI, software engineers will play a crucial role in helping to build and improve upon it. Therefore, while it's important to be aware of the potential impacts of AI on the job market, there's no need to panic. So, software engineers shouldn't be worried about AI taking over their jobs.

How ChatGPT is going to help but also destroy new developers.

Anthony Dellavecchia
I write code on stage in front of a crowd.
Use Your Fingerprint with 1Password to Authenticate the Twilio CLI
#tutorial #webdev #productivity #news
Gaining Trust in APIs and What to Look For
#api #beginners #security
Data is like Radioactive Material! ☢️
#beginners #data #security #career

Once suspended, anthonyjdella will not be able to comment or publish posts until their suspension is removed.

Once unsuspended, anthonyjdella will be able to comment and publish posts again.

Once unpublished, all posts by anthonyjdella will become hidden and only accessible to themselves.

If anthonyjdella is not suspended, they can still re-publish their posts from their dashboard.

Once unpublished, this post will become invisible to the public and only accessible to Anthony Dellavecchia.

Thanks for keeping DEV Community 👩‍💻👨‍💻 safe. Here is what you can do to flag anthonyjdella:

Unflagging anthonyjdella will restore default visibility to their posts.