Before we get into lifecycle methods with react hooks, let's have a look at what they are and how they work. We'll start with a quick overview of:

What is the component lifecycle?

Just like the human lifecycle, react components go through a lifecycle of events:

What are lifecycle methods? 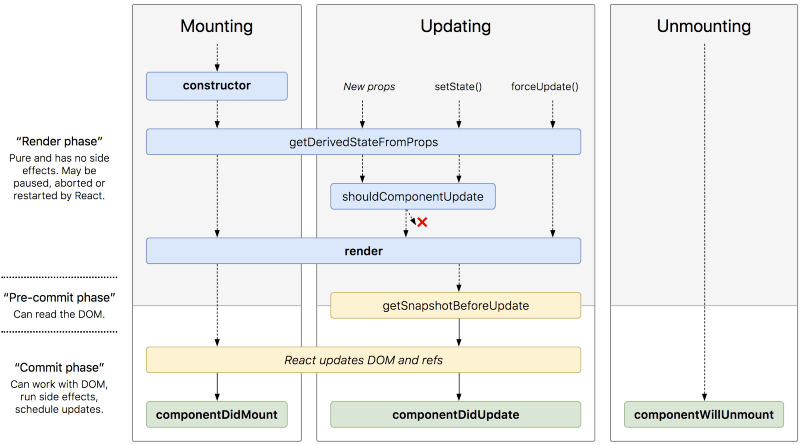 The handling of lifecycle methods has been incredibly simple and easy since the introduction of react hooks. All of the methods stated above can be handled with the useEffect hook.

1.componentDidMount: 'useEffect with empty dependency array' replaces this method. If no value is provided in the array, it will only evaluate the hook on mount(first render).

3.componentWillUnmount: UseEffect with a return statement has replaced this technique. If useEffect returns a function, that function is only called after the component is removed from the DOM. 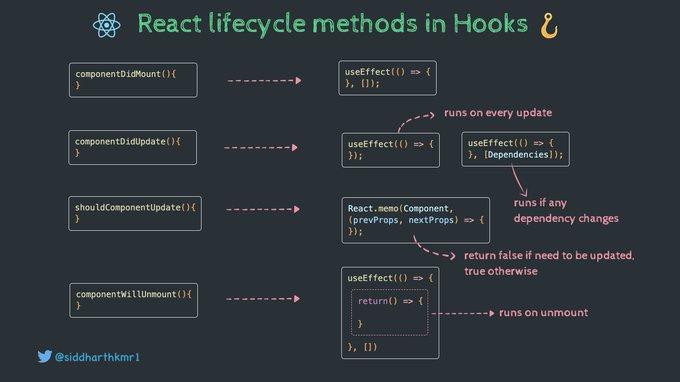 Once suspended, anshulraheja will not be able to comment or publish posts until their suspension is removed.

Once unsuspended, anshulraheja will be able to comment and publish posts again.

Once unpublished, all posts by anshulraheja will become hidden and only accessible to themselves.

If anshulraheja is not suspended, they can still re-publish their posts from their dashboard.

Once unpublished, this post will become invisible to the public and only accessible to Anshul Raheja.

Thanks for keeping DEV Community 👩‍💻👨‍💻 safe. Here is what you can do to flag anshulraheja:

Unflagging anshulraheja will restore default visibility to their posts.