Apple Worldwide Developers Conference (WWDC), 2019 brought a lot of new features, technologies and a new version of iOS (iOS 13) as well. It was organized from 3rd to 7th June 2019. During this developers’ conference, it was announced that Dark Mode will be available on iOS 13 and later versions.

What you will learn in this blog:

What is iOS Dark Mode? What does it do?

Dark Mode is a dark system-wide appearance that uses a darker color palette for all screens, views, menus, and controls. Basically, like Android Dark Mode, it changes a bright theme to a darker one. It also maintains vibrancy and contrast to make foreground content stand out against a darker background.

As announced by Apple during the conference, Apple’s preinstalled apps like Notes, News, TV, Music, Reminders, Mail, and others will already have it.

However, developers will be able to use Apple’s new tools to add dark mode to their apps. Being an iPhone app development company, we had a lot of our clients wanting to integrate this feature to their iOS apps.

Our proficient iPhone app developers decided to help other developers by explaining the feature with a simple example. Before we see how to add this feature, let us know which are the important considerations that one should keep in mind during feature integration.

Considerations for iPhone Dark Mode while implementing in an app

Put the focus on content: Make sure that content stands out and surrounding UI recedes into the background. The purpose of the Dark Mode is to put the focus on the content areas of the interface.

Test for both-light and dark appearances: Check how the interface looks in both appearances. You may need to adjust designs to accommodate each one as designs working well in one appearance might not work in another.

Now that you are clear about considerations, let’s customize the color scheme for your iOS application for different themes.

How to customize the color scheme for your iOS application for different themes – light and dark mode. 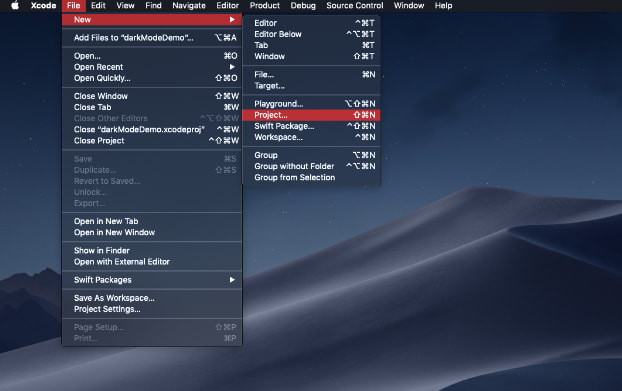 Step 2: Add a new color set in assets.xcassets folder as shown in the images 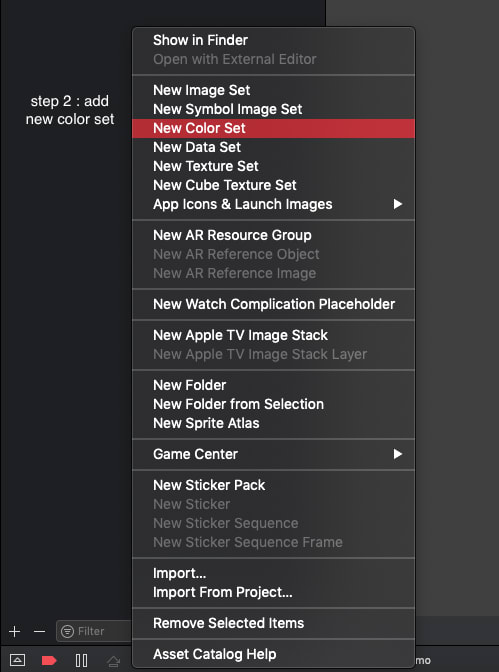 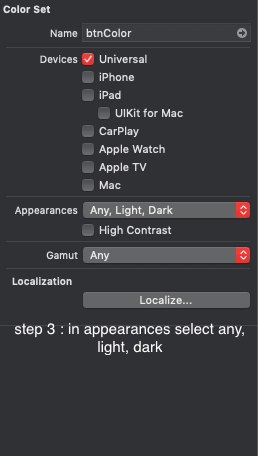 Step 3: Go to Storyboard and drag & drop controls that you would like to add to your project. 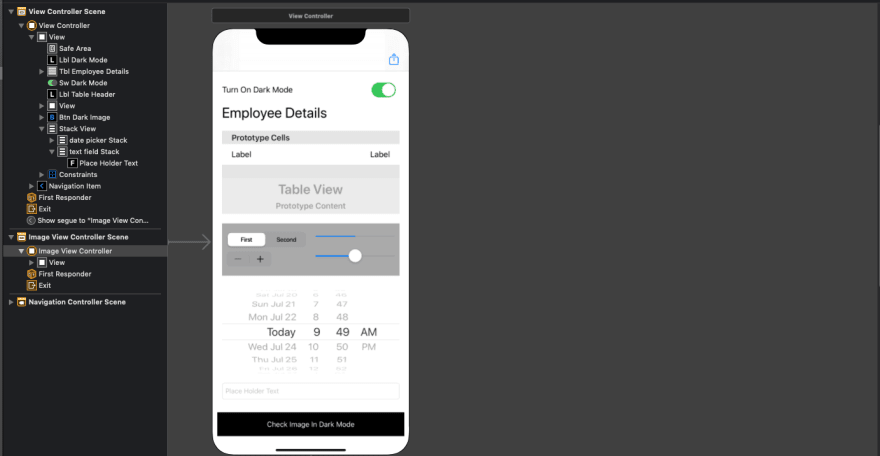 Step 4: Go to the view controller and create outlet(s) for UI Controls.

Step 6: Append the data in arrEmployee to bind with UITableView 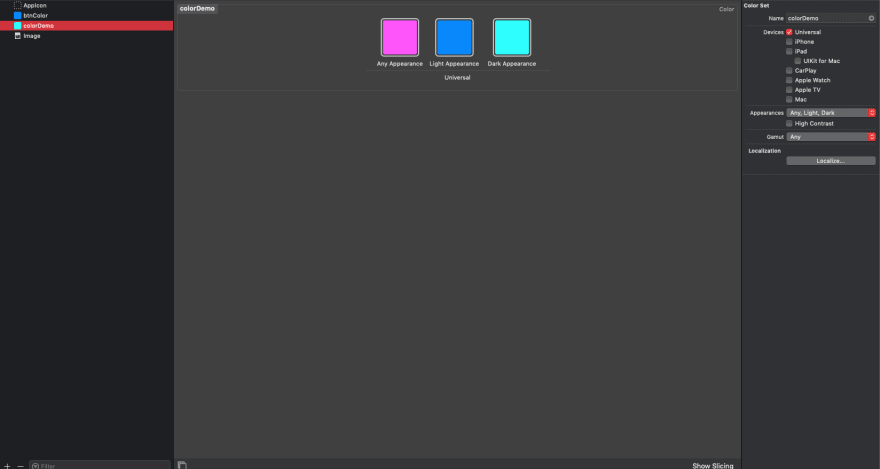 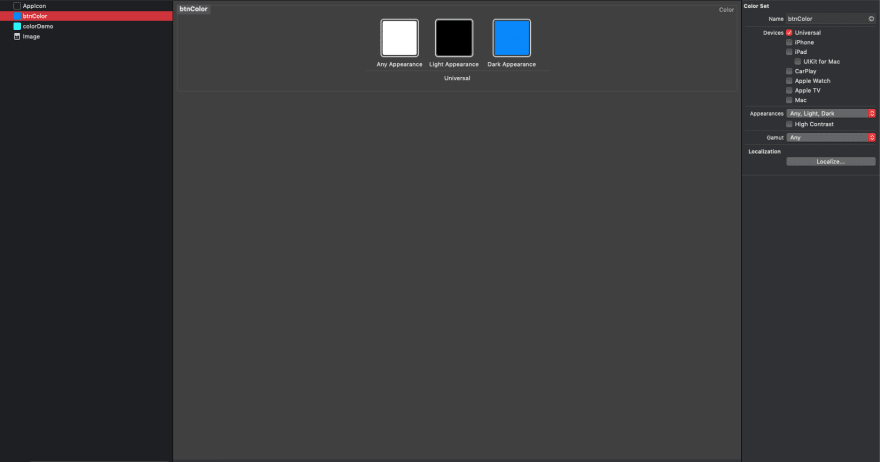 We hope that you found this iPhone tutorial useful and your concepts about iPhone Dark Mode are clear. You can find the source code of this iOS 13 Dark Mode illustration on github.

Here, in this iPhone app tutorial, we learned about customizing the iOS app theme for both ios dark theme and light.

If you have any suggestions or queries in this tutorial or any questions regarding iPhone app development, we are all ears.

Should You Really be Coding in Dark Mode?

Once suspended, amitspaceo will not be able to comment or publish posts until their suspension is removed.

Once unsuspended, amitspaceo will be able to comment and publish posts again.

Once unpublished, all posts by amitspaceo will become hidden and only accessible to themselves.

If amitspaceo is not suspended, they can still re-publish their posts from their dashboard.

Once unpublished, this post will become invisible to the public and only accessible to Amit Makhija.

Thanks for keeping DEV Community 👩‍💻👨‍💻 safe. Here is what you can do to flag amitspaceo:

Unflagging amitspaceo will restore default visibility to their posts.