First of all, I am super thrilled to announce my very first open source project. (#🔥)
This is just the beginning, and I'm planning to be more involved in
open source projects at least in the next couple of months.

So, without further ado,
I introduce you to Goreen-tea 🍵
A boilerplate project that focused on data-intensive (database heavy) microservice.
Heavily inspired around the idea of application-centric architecture like clean architecture by Robert Martin.

Clone it and setup a new project:

My goal is to quickly jump into the project requirements,
without having to spend much time to setup the same old thing over and over again.
It is to be more productive.

The boilerplate should be very simple,
packed with some modern best practices
and of course quite flexible for changes in the future as new technologies arrived.

I already set up a sample scenario of kinda like my expectation of being productive of using this project. It is about ordering system in a restaurant. 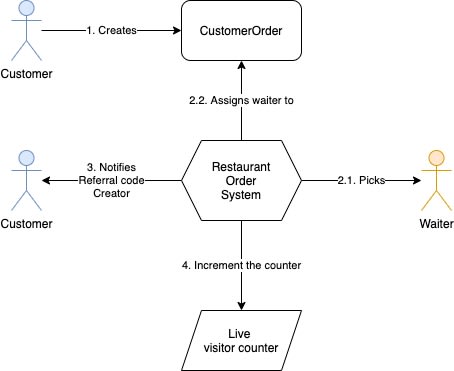 Here I define that all the above requirements will happen in a one go.
So we give it a name : onsiteOrder.go in the app package.

The four major steps are:

I put a label at the end so that we can see the relation of each step with the domain that is responsible for a more detailed implementation.

Then, I define the domain package as below:

There may be times that you need to perform cross-domain calls as a single operation, meaning it would result in an inconsistent state if one call success the the other failed.
Think of it kinda like a transaction.

Here I define an auxiliary domain that responsible for waiter assignment.
This domain will depends on the CustomerOrder & Waiter (B)

At this point, I highly suggest you to look at the sample code so that it will become clearer.

Run it with go run main.go ,
Try it with http request like this: 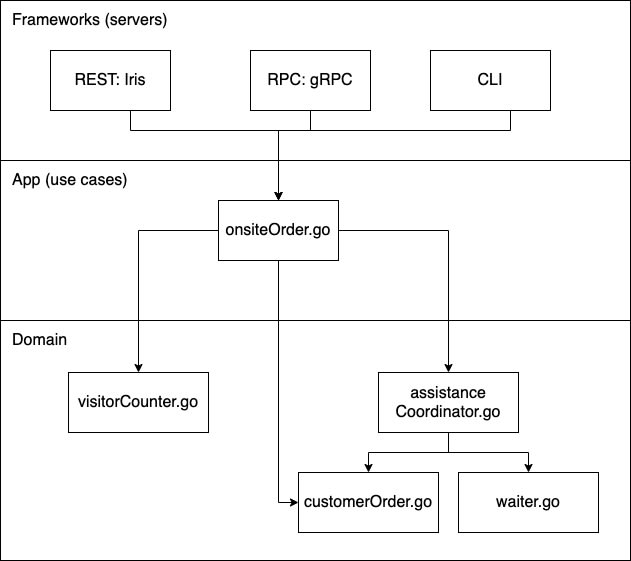 Some of the features that I haven't mention yet are:

To describe them one by one would be really time consuming.
And it is not the purpose of this introduction article either.
See them for yourself, and feel free to ask question to me, directly, anytime.

I'd like to include these features in the next release:

Thank you for your time.

A management marriage between data and media

Once suspended, altiano will not be able to comment or publish posts until their suspension is removed.

Once unsuspended, altiano will be able to comment and publish posts again.

Once unpublished, all posts by altiano will become hidden and only accessible to themselves.

If altiano is not suspended, they can still re-publish their posts from their dashboard.

Once unpublished, this post will become invisible to the public and only accessible to Altiano Gerung.

Thanks for keeping DEV Community 👩‍💻👨‍💻 safe. Here is what you can do to flag altiano:

Unflagging altiano will restore default visibility to their posts.