GraphQL is a data query language. It is:

Why GitHub is using GraphQL

About the GraphQL schema reference

The docs in the sidebar are generated from the GraphQL schema. All calls are validated and executed against the schema.

You can access this same content via the Explorer Docs sidebar. You may need to rely on the docs and the schema validation to call the API.

Check out the guides for more information such as authentication and rate limit details. 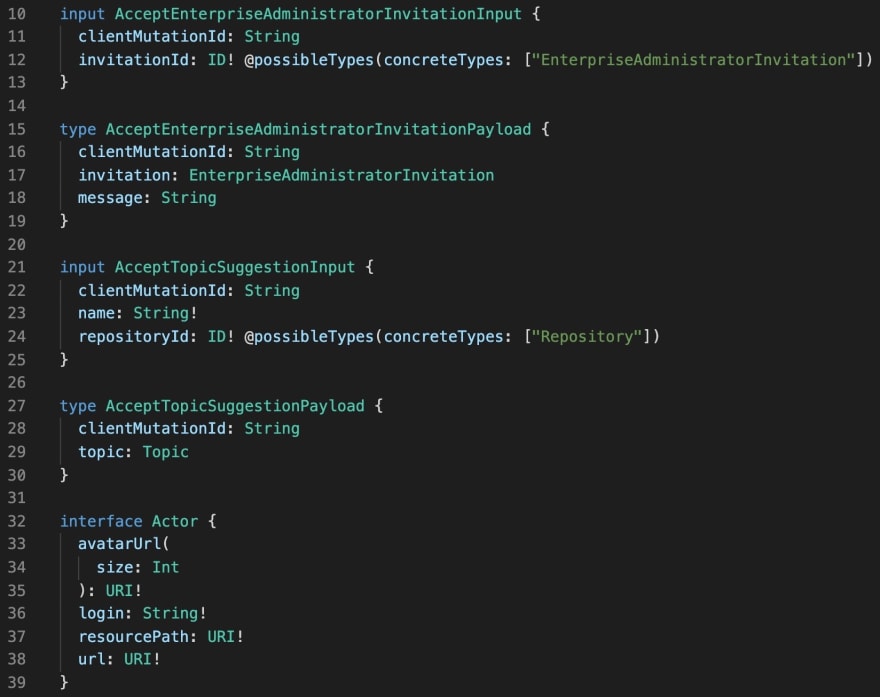 To access a schema preview, you'll need to provide a custom media type in the Accept header for your requests.

Breaking changes are any changes that might require action from our integrators. We divide these changes into two categories:

When a new feature is still evolving it is released behind a schema preview. Breaking changes are announced at least three months before making changes to the GraphQL schema, to give integrators time to make the necessary adjustments.

The GraphQL schema changelog is a list of recent and upcoming changes to our GraphQL API schema. It includes backwards-compatible changes, schema previews, and upcoming breaking changes.

The GitHub GraphQL API has limitations in place to protect against excessive or abusive calls to GitHub's servers.

To pass schema validation, all GraphQL API v4 calls must meet these standards:

Calculating nodes in a call

These two examples show how to calculate the total nodes in a call. 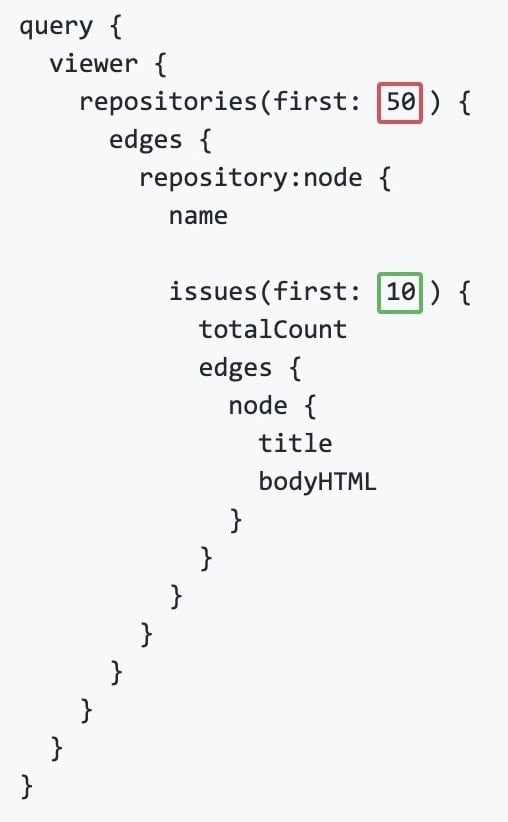 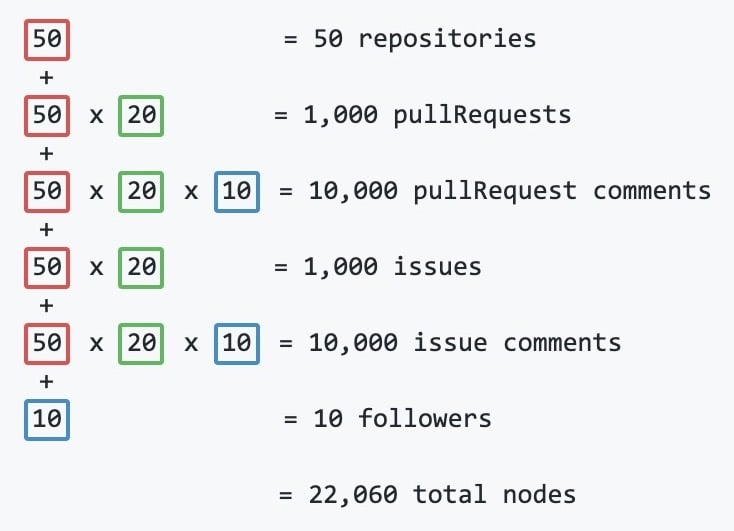 The GraphQL API v4 limit is different from the REST API v3's rate limits because one GraphQL call can replace multiple REST calls. A single complex GraphQL call could be the equivalent of thousands of REST requests. While a single GraphQL call would fall well below the REST API rate limit, the query might be just as expensive for GitHub's servers to compute.

To accurately represent the server cost of a query, the GraphQL API v4 calculates a call's rate limit score based on a normalized scale of points.

With the REST API v3, you can check the rate limit status by inspecting the returned HTTP headers.

With the GraphQL API v4, you can check the rate limit status by querying fields on the rateLimit object:

Calculating a rate limit score before running the call

Querying the rateLimit object returns a call's score, but running the call counts against the limit. To avoid this dilemma, you can calculate the score of a call before you run it. The following calculation works out to roughly the same cost that rateLimit { cost } returns.

This query requires 5,101 requests to fulfill:

Dividing by 100 and rounding gives us the final score of the query: 51

How to cache node_modules in GitHub Actions with Yarn

Git and GitHub: How to Hard Reset Local and Remote Repository

Github is replacing the word master to avoid slavery references. Deal with it.