These are notes I took while watching Ryan Dahl's Deno Israel talk which can be found online here. He explains the internal organization of the Deno project. All mentions of JavaScript are abbreviated as JS. I've included relevant links for terms that I think may be unfamiliar to most developers or that I was unfamiliar with myself.

Even though it wasn't announced until 2018, Deno originated back in 2015 with a project called V8 worker which was a binding to V8 and Go. The basic idea was to disallow Go programmers from using V8's APIs to create random JS objects. Instead they would be forced into a message passing system that would pass messages between Go and V8.

Unlike Node, which is a monolithic project, Deno is organized into a collection of Rust crates.

The Deno executable is what most people are referencing when talking about Deno. Not every project wants to use Node or Deno as a top level executable. There's many system where you might want to embed a JS runtime. Deno itself is a system with an embedded JS runtime.

Better separation of concerns inside the CLI

There are many use cases for embedding a JS virtual machine including:

C++ code that manipulates JS objects is often slower than the equivalent code in JS because boundary crossing from one language to the other is slow.

Native bindings are done through the "Op" interface provided by deno_core. An op is a native function called from JS. Everything in the deno executable is built on top of ops. This provides superior performance to Node.

A resource is similar to a file descriptor in POSIX. It is an integer identifier given to JS to reference some object allocated in Rust such as an open socket or file. Resources are stored in the resource table and are removed from the table by Deno.close() 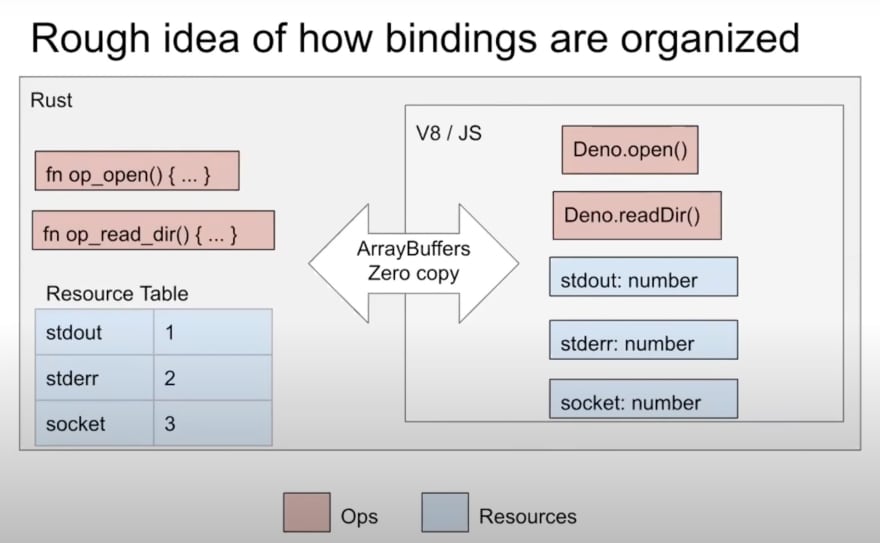 deno_core is JS-only, so deno_typescript is where the TypeScript compiler is incorporated. This is currently a work in progress and should not be used in production.

Which programming language should you learn in 2022 to remain relevant and also increase your revenue.

How we secure our password in express and mongoDB