As discussed in the last post, let & const keywords behave differently. You may have seen a point difference between them and var written as "let & const are block scoped".

But what is block.

Anything enclosed in braces {} is block. Basically, when we bunch together a couple of statements which js perceives as 1, that is a block. 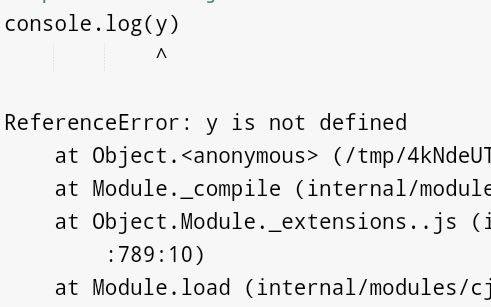 Output shows that only var z can be accessed. This is because when hoisted, z is allocated space in global space while let & const are allocated memory in block space which is available only inside the block.

This is because the z is pointing to same location in global space in both cases but x & y inside the block are in block memory space and x &y outside are in separate memory space. This is called shadowing. 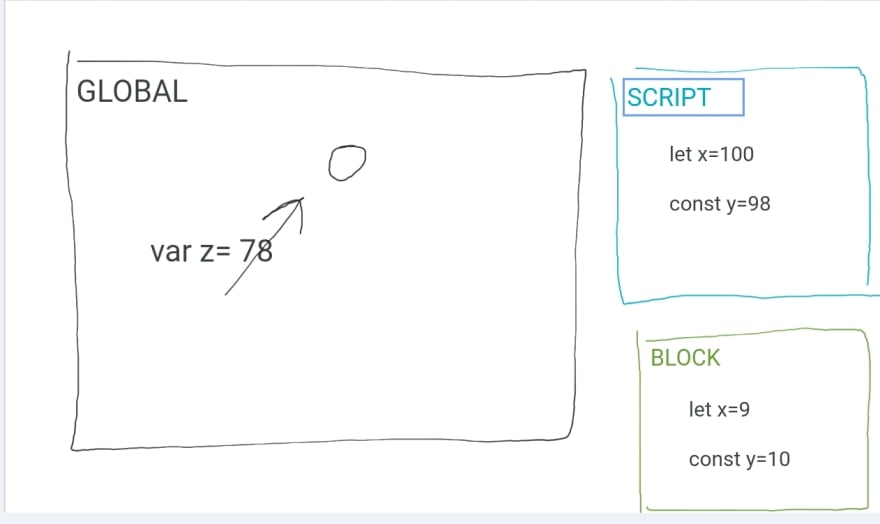 (Yes, I used light mode in ages, "until next time I want to burn my eyes light mode!")

But remember if we make it a function even var value won't be changed. As functions behave as seperate sub program and each has it's own execution context.

You cannot shadow a let declared data with var keyword. Using let k=10 outside the block and then var k=10 inside will throw a syntax error
⭐ Lexical scope in Javascript

Playwright Tips From the Checkly Community

Once suspended, aishanipach will not be able to comment or publish posts until their suspension is removed.

Once unsuspended, aishanipach will be able to comment and publish posts again.

Once unpublished, all posts by aishanipach will become hidden and only accessible to themselves.

If aishanipach is not suspended, they can still re-publish their posts from their dashboard.

Once unpublished, this post will become invisible to the public and only accessible to Aishanii.

Thanks for keeping DEV Community 👩‍💻👨‍💻 safe. Here is what you can do to flag aishanipach:

Unflagging aishanipach will restore default visibility to their posts.