Sinatra is a minimal web framework created to give users the core essentials and abstractions needed to create straightforward and dynamic Ruby web applications. Prior to developing Sinatra applications, it is crucial to have a fundamental understanding of the Ruby programming language. 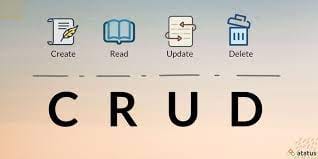 In Conclusion, With Active Record and Sinatra, a straightforward API can be easily created. Because so much complexity has been abstracted away by these Ruby Gems, getting started requires very little code.

Once suspended, achiengy will not be able to comment or publish posts until their suspension is removed.

Once unsuspended, achiengy will be able to comment and publish posts again.

Once unpublished, all posts by achiengy will become hidden and only accessible to themselves.

If achiengy is not suspended, they can still re-publish their posts from their dashboard.

Once unpublished, this post will become invisible to the public and only accessible to Hope Pete.

Thanks for keeping DEV Community safe. Here is what you can do to flag achiengy:

Unflagging achiengy will restore default visibility to their posts.