The following is a brief tutorial that makes possible to automate the execution a python script with the Windows Task Scheduler (Windows 7, 8 and 10).

In the General tab, put the name of your new task and click on the option Run whether user is logged on or not, check the option Run with highest privileges and make sure to setup the appropriate version of you OS.

In the Actions tab, click on the New button and type in the following:

In Program/Scripts you need to look up for the Python.exe path that the Task Scheduler will invoke to run the python script. In my case, my Python.exe path was: C:\Users\userX\python.exe.

In Add arguments (optional) you need to type the name of your python script. In my case, the path was:

In Start in (optional) you need to type the path of the file but without the name of the python script, that is: 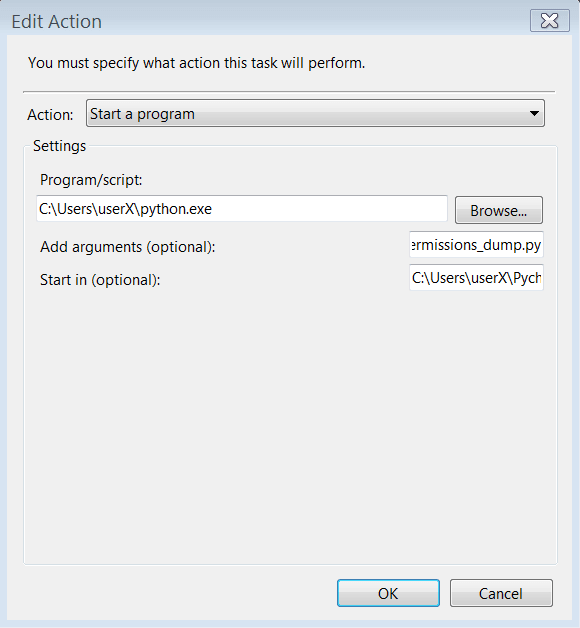 Click on the Triggers tab and select how often you want to execute this task. 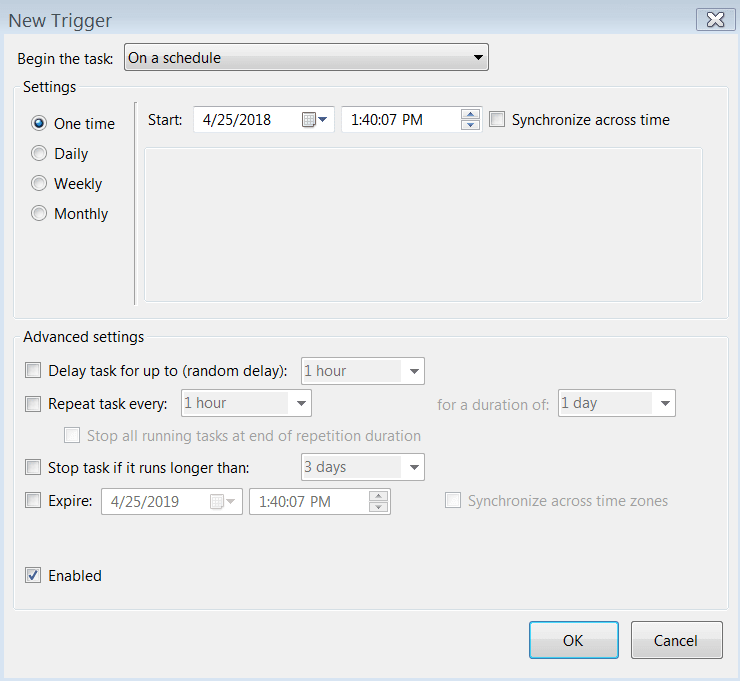 Lastly, test your task to see if it truly works by selecting it from the Task Scheduler Library and doing click on the Run option.

Hope this helps to anyone who is interested to know how to automate simple Python scripts :)

It's OK to not know everything. It's OK to be wrong.

Getting Starting With Python For Data Exploration

Top 3 Lessons for Students from the Life of Dr. Martin Luther King